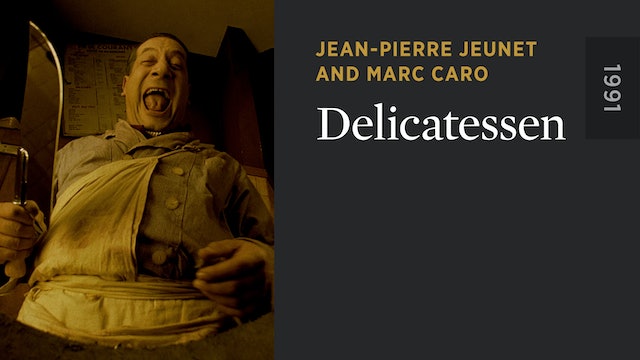 This darkly surrealist comedy from directors Jean-Pierre Jeunet (AMÉLIE) and Marc Caro unfolds in a grim, postapocalyptic future where food is so scarce that it is used as currency. So when unemployed circus clown Louison (Dominique Pinon) takes a job as a maintenance man in an apartment complex owned by the butcher downstairs, he has to wonder—just where is the landlord getting those prime cuts of meat? Crossing the gonzo sci-fi of Terry Gilliam with the unsettling weirdness of David Lynch, DELICATESSEN serves up an inventively oddball feast of cartoon-crazy gags and wicked surprises. 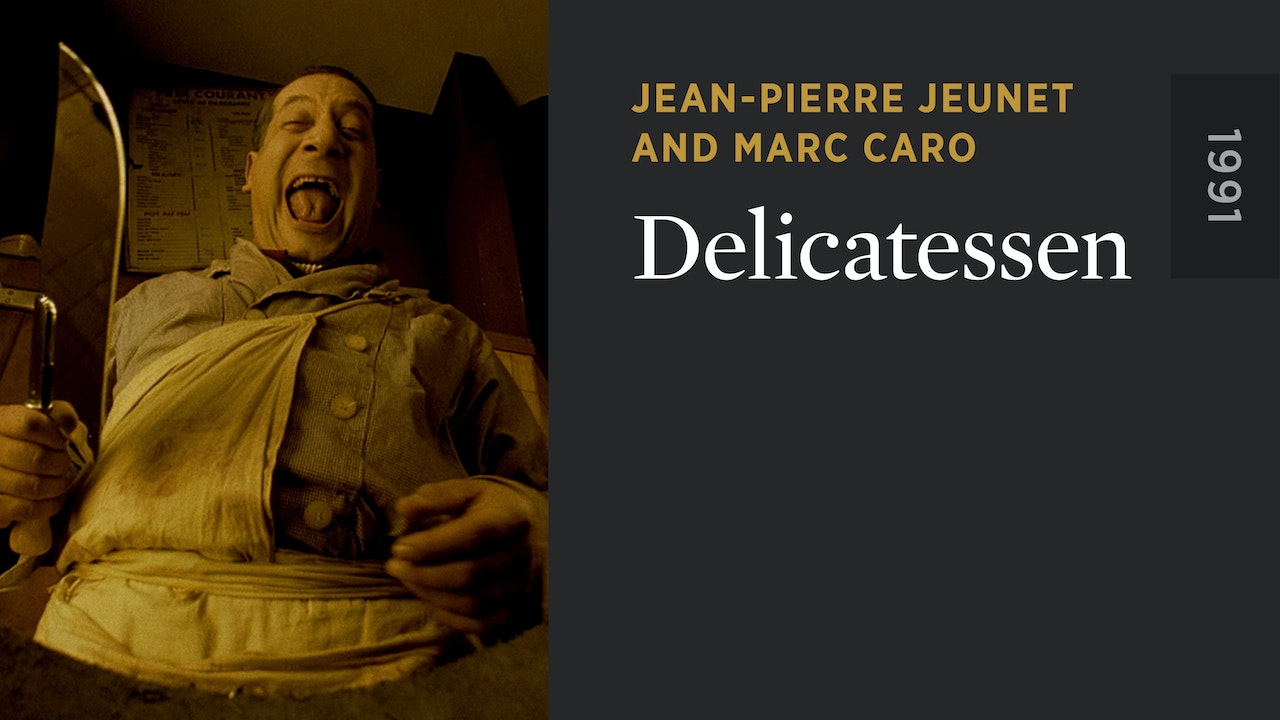