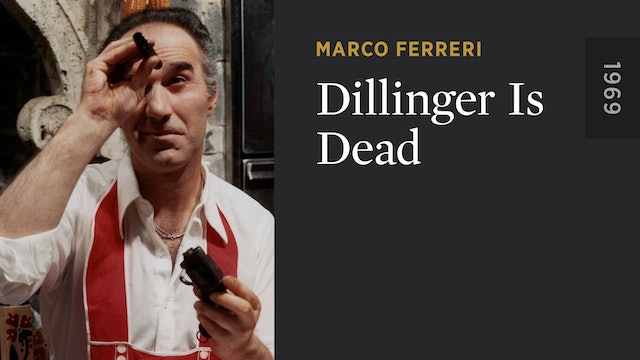 In this magnificently inscrutable late-sixties masterpiece, Marco Ferreri, one of European cinema’s most idiosyncratic auteurs, takes us through the looking glass to one seemingly routine night in the life of an Italian gas mask designer, played, in a tour de force performance, by New Wave icon Michel Piccoli. In his claustrophobic mod home, he pampers his pill-popping wife, seduces his maid, and uncovers a gun that may have once been owned by John Dillinger—and then things get even stranger. A surreal political missive about social malaise, DILLINGER IS DEAD (DILLINGER È MORTO) finds absurdity in the mundane. It is a singular experience, both illogical and grandly existential. 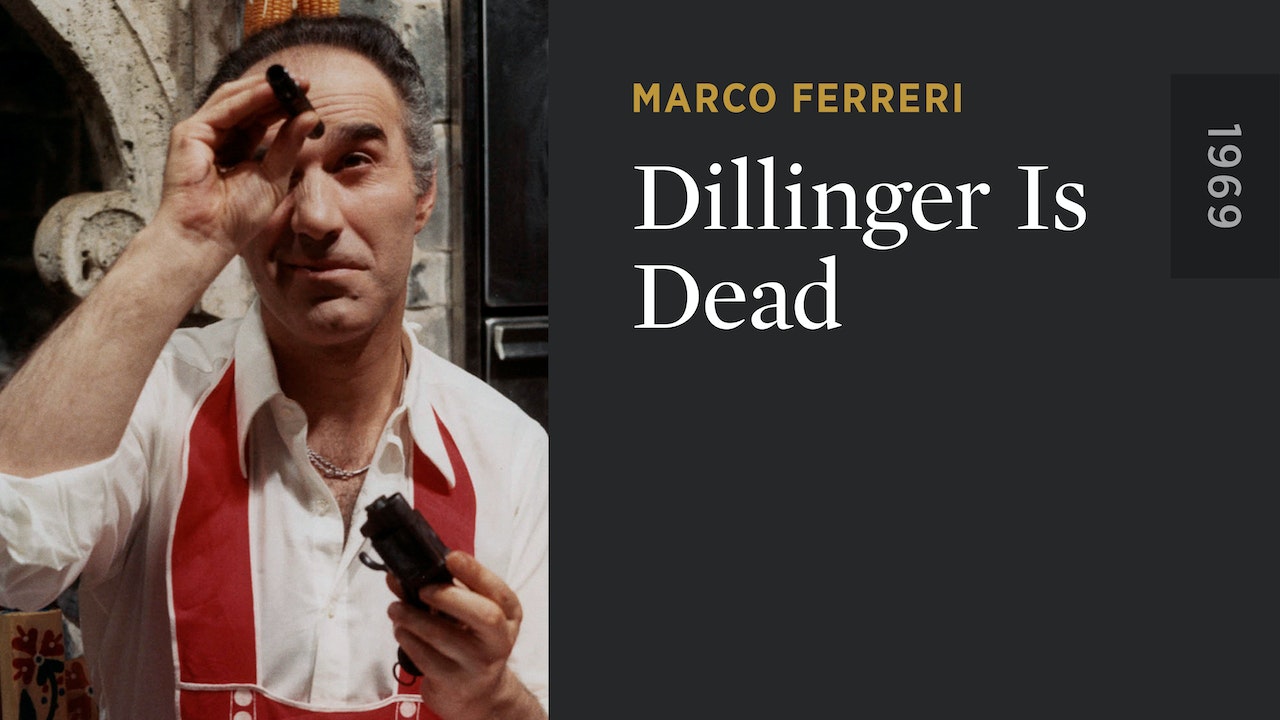