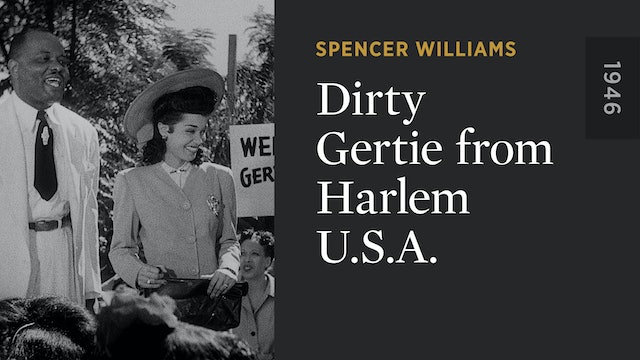 In an unauthorized retelling of W. Somerset Maugham’s short story “Miss Thompson,” Francine Everette stars as Gertie La Rue, a nightclub entertainer who arrives at a Caribbean resort to entertain the tourists and the GIs stationed nearby. But an intolerant reformer (Alfred Hawkins) condemns Gertie’s sultry brand of entertainment and vows to chase her back to Harlem. With DIRTY GERTIE FROM HARLEM U.S.A. (1946), the African American independent film emerges from the domain of self-financed, low-tech movies made for a limited audience and begins to cross over into the mainstream. It is less like the rough-around-the-edges work of Oscar Micheaux and more akin to the Hollywood black-cast films, such as GREEN PASTURES and STORMY WEATHER, intended for audiences of all races. 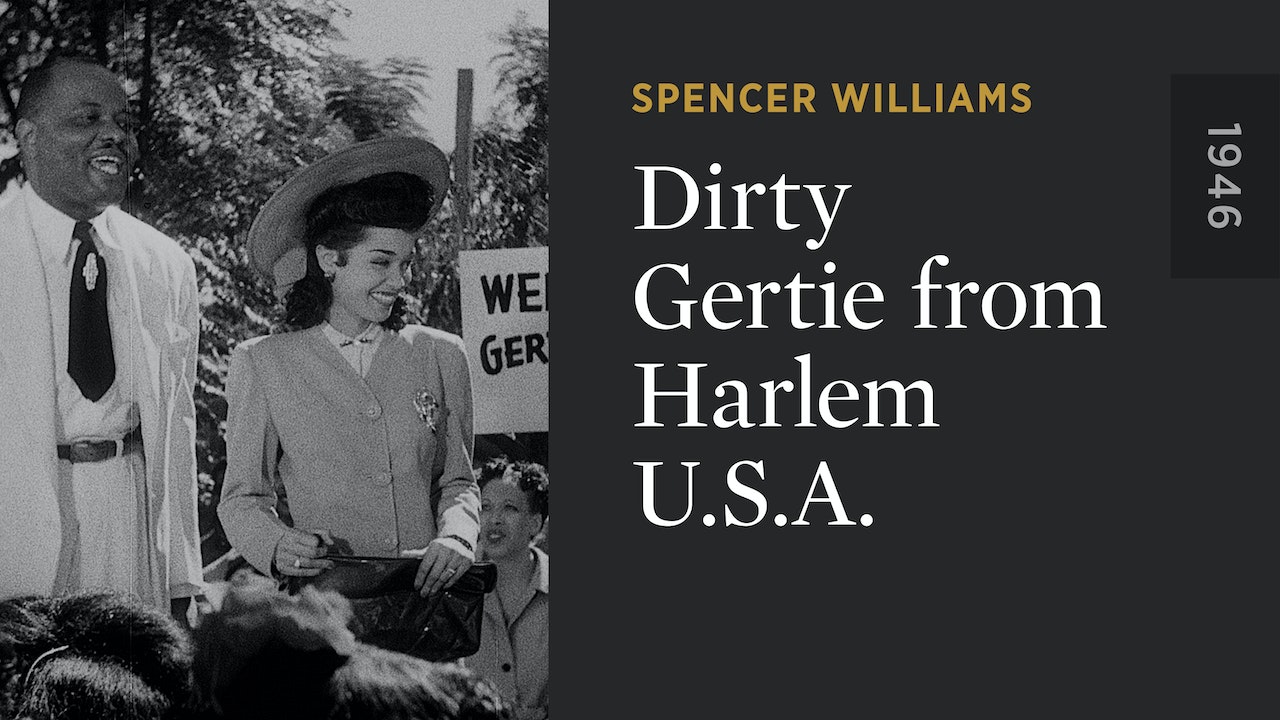