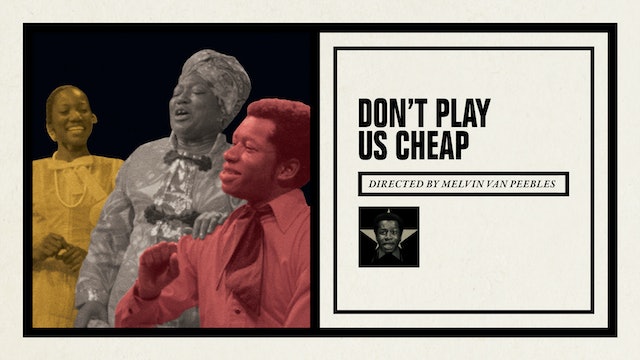 Melvin Van Peebles’s film version of his own Tony Award–nominated Broadway musical is a bold blend of theater and nervy, New Wave–inflected cinematic invention. A cast of Black stage and screen luminaries including Esther Rolle, Mabel King, and Avon Long stars in this charmingly offbeat, fablelike fantasy in which a pair of mischief-making devil-bats dispatched by Satan assume human form in order to wreak havoc on a Saturday-night house party in Harlem—only to find their diabolical plan thwarted by their hosts’ infectious generosity of spirit. Staged with ebullience, the original blues- and gospel-infused songs by Van Peebles burst forth in a life-affirming celebration of Black joy, tenderness, resilience, and strength.