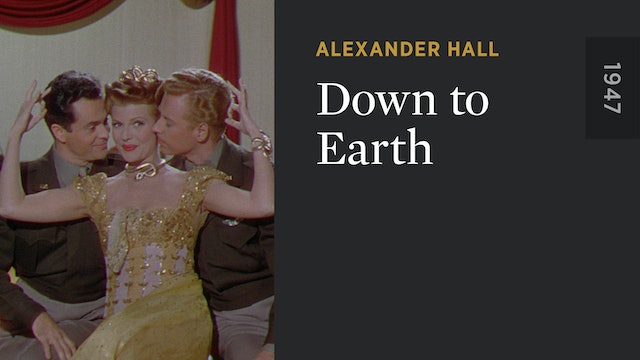 The divine Rita Hayworth was handed a role she was born to play—an actual goddess—in this frothy musical confection. A quasi-sequel to the classic fantasy HERE COMES MR. JORDAN, DOWN TO EARTH stars Hayworth as Terpsichore, legendary muse of dance, who, when she learns of a Broadway production that pokes fun at Greek mythology, descends to Earth in order to set the show straight. But when a goddess gets mixed up in show business—and falls in love with a mere mortal in the process—things are bound to get complicated. 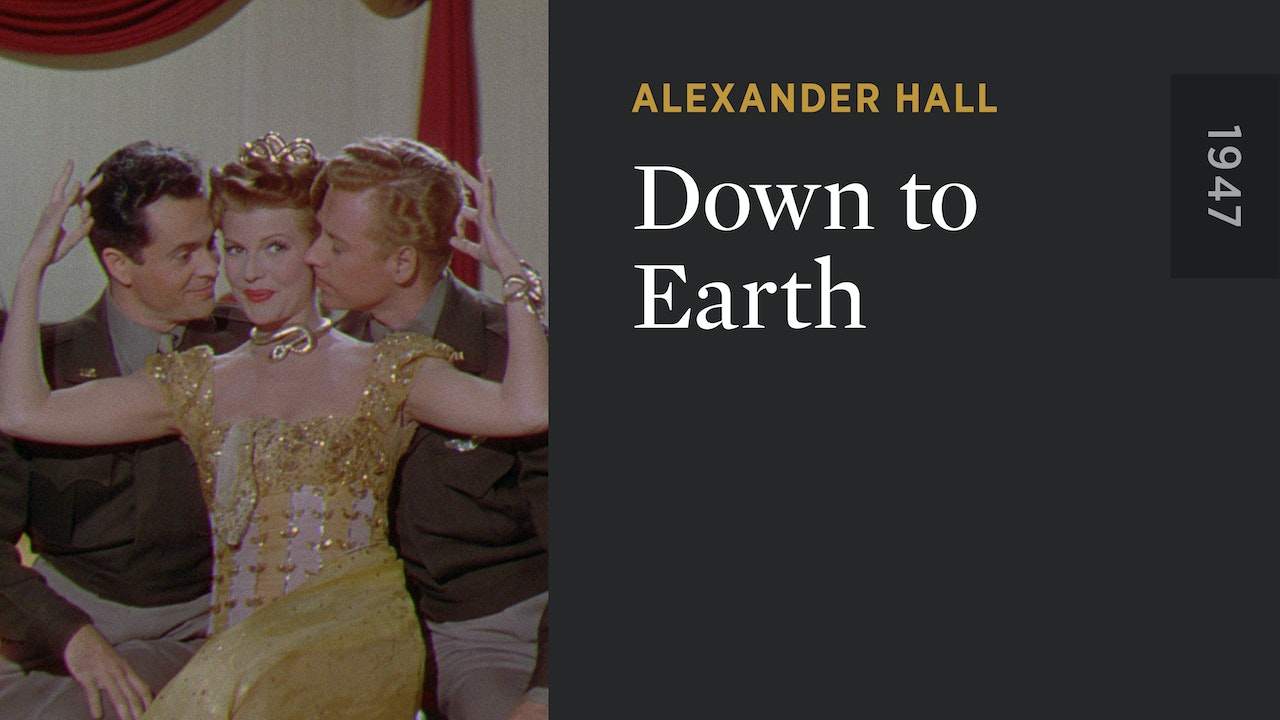