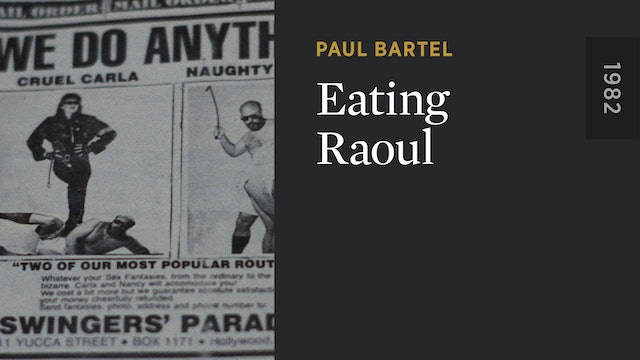 A sleeper hit of the early 1980s, EATING RAOUL is a bawdy, gleefully amoral tale of conspicuous consumption. Warhol superstar Mary Woronov and cult legend Paul Bartel (who also directed) portray a prudish married couple who feel put upon by the swingers living in their apartment building. One night, by accident, they discover a way to simultaneously rid themselves of the “perverts” down the hall and realize their dream of opening a restaurant. A mix of hilarious, anything-goes slapstick and biting satire of me-generation self-indulgence, EATING RAOUL marked the end of the sexual revolution with a thwack. 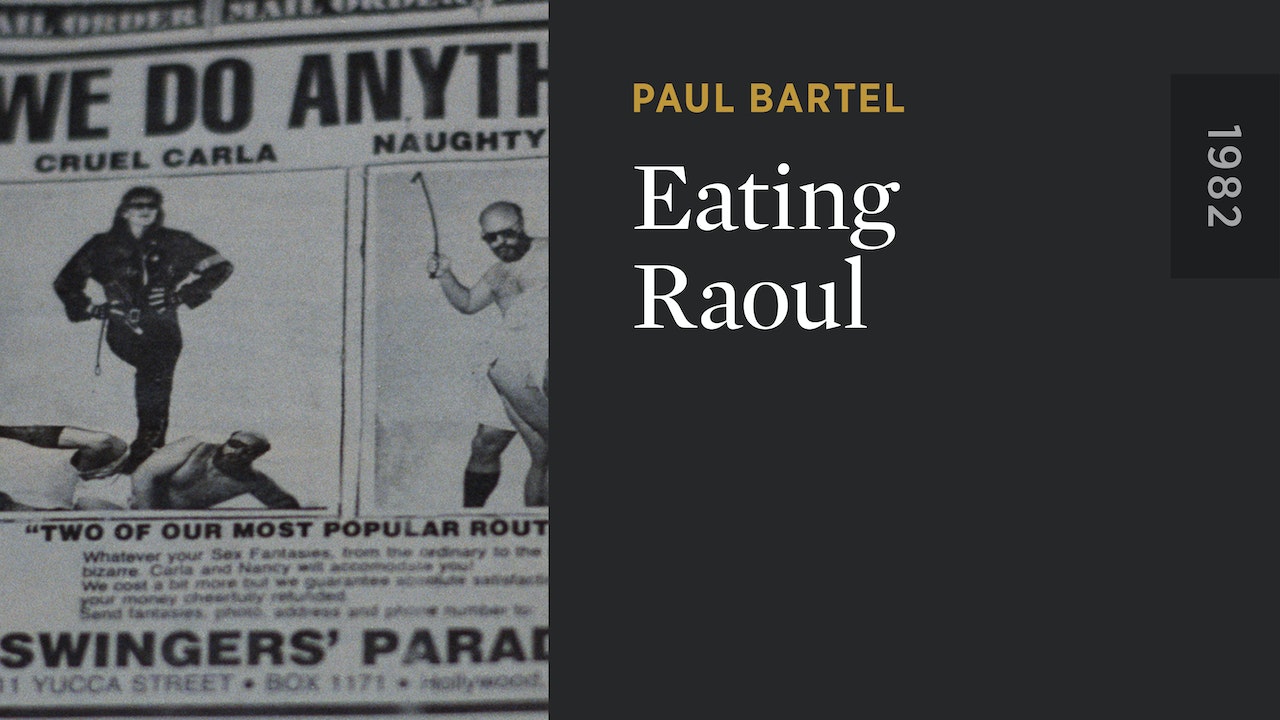