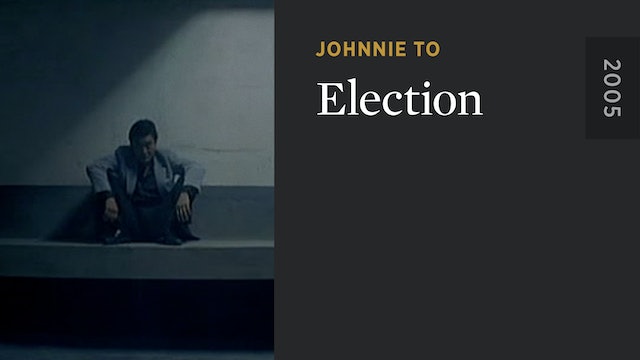 Superstar director Johnny To’s magnum opus breathed new life into the Hong Kong crime drama by offering a boldly deromanticized vision of a gangland underworld defined by corrosive greed. Every two years, the senior members of the Wo Shing Triad, the oldest gang in Hong Kong, elect an up-and-coming younger boss as their chairman. This year, the two candidates couldn’t be more different; Lok (Simon Yam) is a levelheaded businessman, while Big D (Tony Leung Ka-fai) is a violent, unpredictable loose cannon. When the outcome of the election does not yield the results some would like, lines are drawn, loyalties are divided, and the stage is set for a showdown.