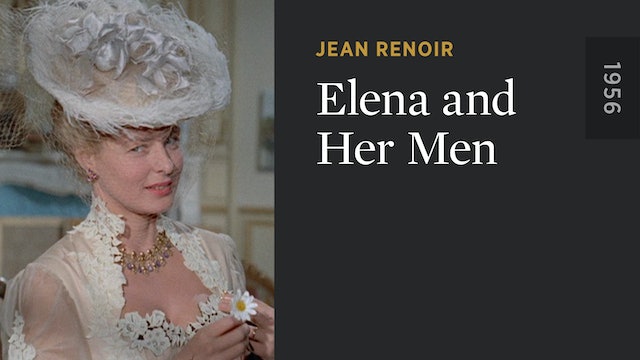 Elena and Her Men

Set amid the military maneuvers and Quatorze Juillet carnivals of turn-of-the-century France, Jean Renoir’s delirious romantic comedy ELENA AND HER MEN (ELENA ET LES HOMMES) stars a radiant Ingrid Bergman as a beautiful, but impoverished, Polish princess who drives men of all stations to fits of desperate love. When Elena elicits the fascination of a famous general, she finds herself at the center of romantic machinations and political scheming, with the hearts of several men—as well as the future of France—in her hands. 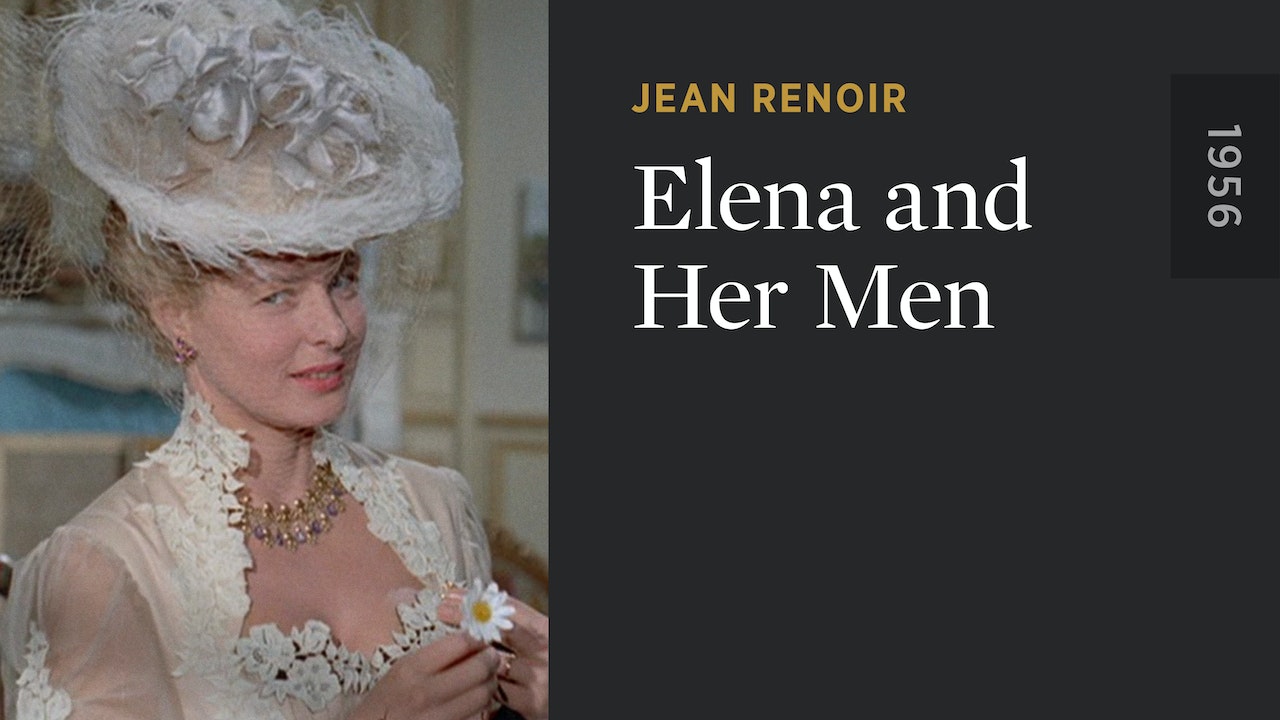