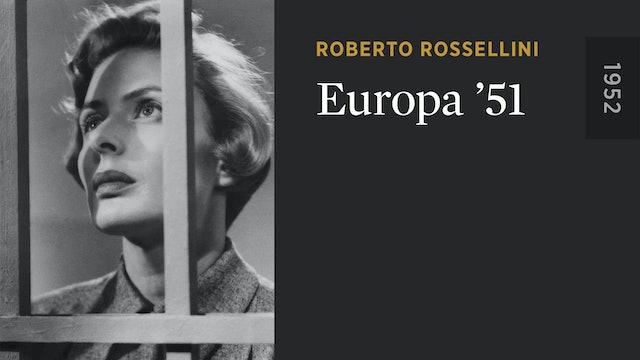 In the Italian-language version of this film, Ingrid Bergman plays a wealthy, self-absorbed Rome socialite racked by guilt over the shocking death of her young son. As a way of dealing with her grief and finding meaning in her life, she decides to devote her time and money to the city’s poor and sick. Her newfound, single-minded activism leads to conflicts with her husband and questions about her sanity. The intense, often overlooked EUROPA ’51 was, according to Rossellini, a retelling of his own THE FLOWERS OF ST. FRANCIS from a female perspective. This unabashedly political but sensitively conducted investigation of modern sainthood was the director’s favorite of his films. 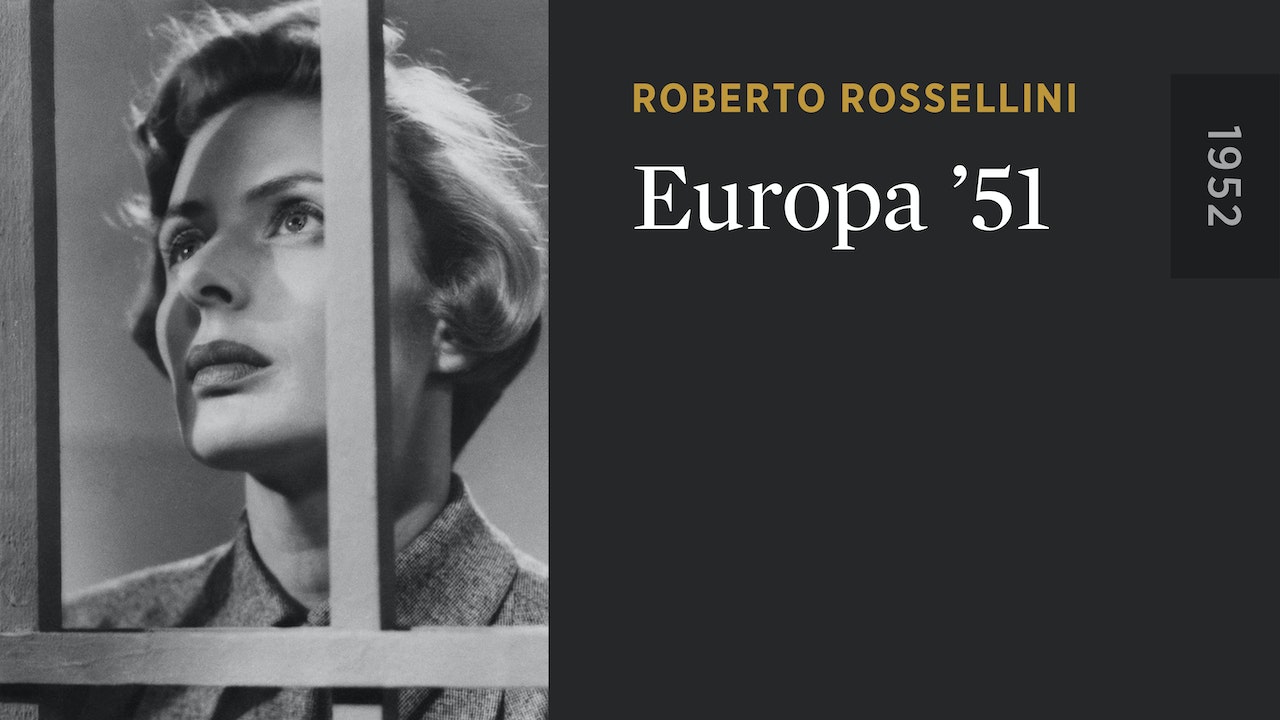