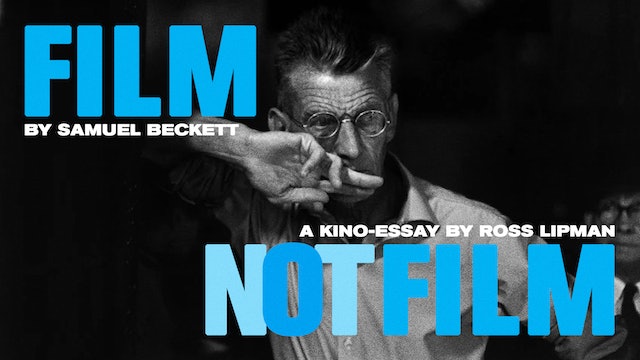 In 1964, Irish playwright Samuel Beckett (“Waiting for Godot”) set out on one of the strangest and most fascinating ventures in cinematic history: his embattled collaboration with silent-era genius Buster Keaton on the production of a short, untitled avant-garde film. That singular work—known simply as FILM—is, in essence, a chase between camera and pursued object (Keaton) that finds existential dread embedded in the very apparatus of the movies. The film’s legendary production is the subject of NOTFILM, a tantalizing documentary essay by Ross Lipman that tells the remarkable story of how this once-in-a-generation meeting of two artistic giants came to be.