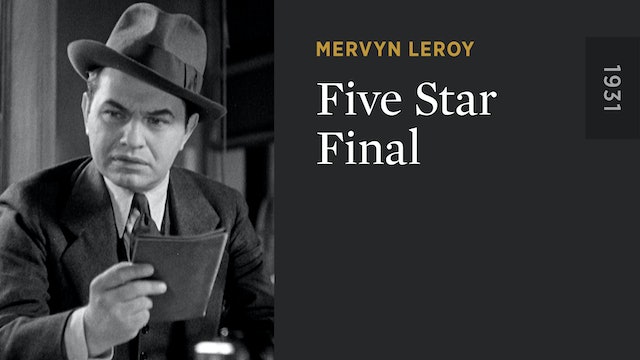 This hard-hitting look at the cynical world of tabloid journalism casts Edward G. Robinson as Joseph Randall, a ruthless newspaper editor who will go to any length, use any means, and destroy anyone to get a paper-selling headline. Facing declining circulation, Randall decides to dig up a twenty-year-old murder case, in which a pregnant young stenographer (Frances Starr)—who is now a prominent society woman—shot her boss after he went back on his promise to marry her. When Randall and an unscrupulous reporter (Boris Karloff) revive the scandal, it has tragic consequences for all involved.