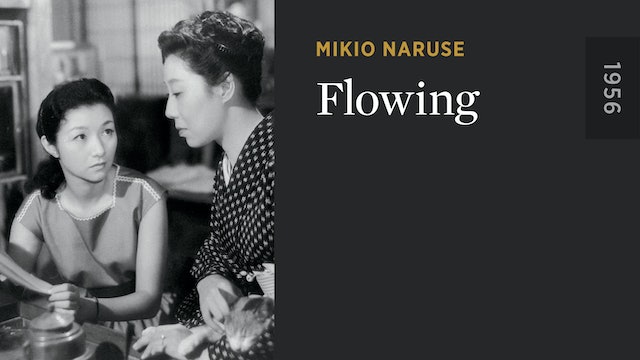 Many viewers will likely find elements in Mikio Naruse's Flowing (aka Nagageru) (1956) that recall Kenji Mizoguchi's earlier Street of Shame and The Life of Oharu -- its story of the denizens of a geisha house that is slowly sinking in debt and a changing world echoes key aspects of both films, especially with Kinoyu Tanaka playing a role here, as the brothel operator, similar to her part in Mizoguchis Life of Oharu. But with Naruse's frequent leading actress Hideko Takemine as the daughter, his own stamp is quite visible throughout the proceedings. Still others may find it a kind of Japanese answer to Eugene O'Neill's The Iceman Cometh, as a story about lost souls in a decaying surrounded by a changing world. The vivid textures of the acting and characterizations transcend the particulars of its setting, however, and the performances of the two lead actresses impart a universally accessible urgency to the story. 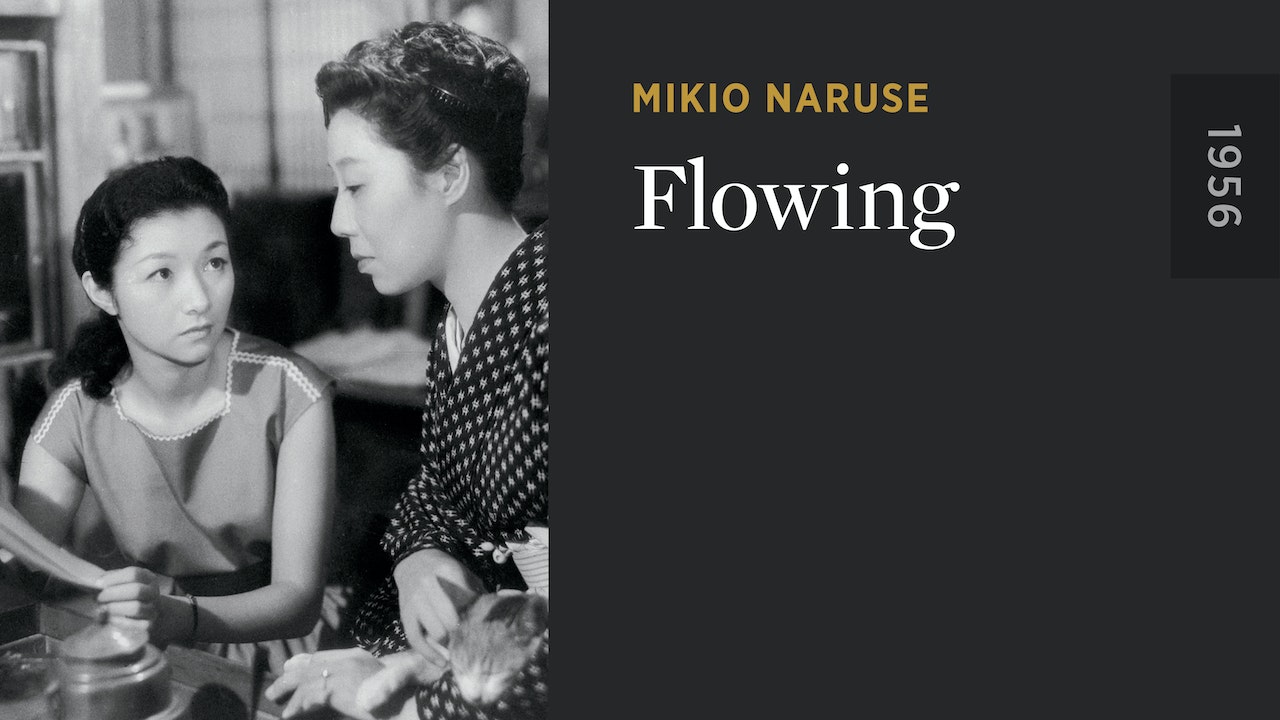