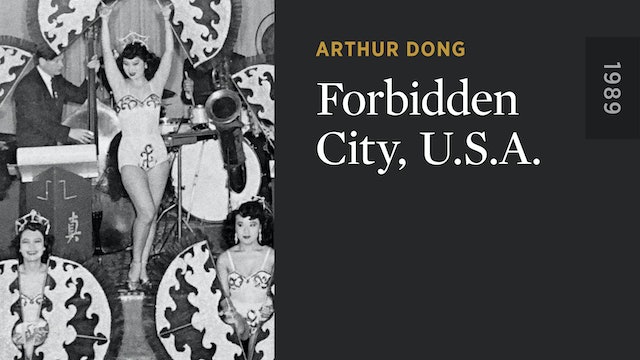 It was the swinging thirties. The big bands of the forties. It was San Francisco nightlife. And the crowds were packing the nation’s premiere all-Chinese nightclub, Forbidden City. Like the Cotton Club of Harlem—which featured America’s finest African American entertainers—Forbidden City gained an international reputation, thanks to its unique showcase of Chinese American performers in eye-popping all-American extravaganzas. FORBIDDEN CITY, USA captures this little-known chapter of entertainment history and puts it center stage, revealing a generation of Asian American pioneers who fought cultural barriers and racism to pursue their love of American song and dance.

Restored by the UCLA Film & Television Archive in 2015; updated and remixed with additional music in 2021