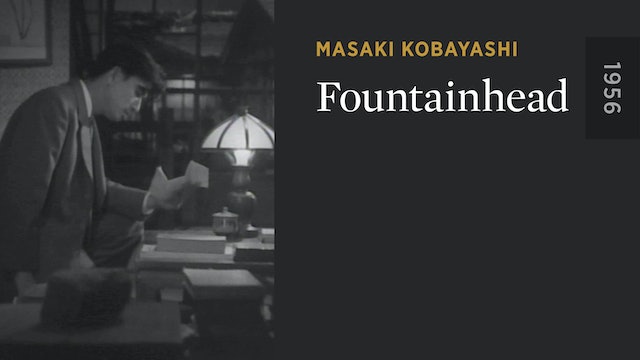 FOUNTAINHEAD (1956, aka IZUMI) is one of Masaki Kobayashi's "comeback" films into the Japanese studio system, a mainstream lyrical romantic drama that proved the commercial appeal of his work. It was also the place where he started setting the stage for his later career, assembling the cast members who would populate his more personal movies in the years to come: Fumio Watanabe (in his screen debut), who would star in Kobayashi's BLACK RIVER and work in the director's THE HUMAN CONDITION II; leading lady Ineko Arima, who had previously been associated with the films of Nikio Naruse, and who would later also star in BLACK RIVER and THE HUMAN CONDITION I; and Keiji Sada, who would work in THE HUMAN CONDITION I. This was the director's second film with a screenplay by Zenzo Matsuyama, who would be a close collaborator with him across this period of his career up through THE HUMAN CONDITION. 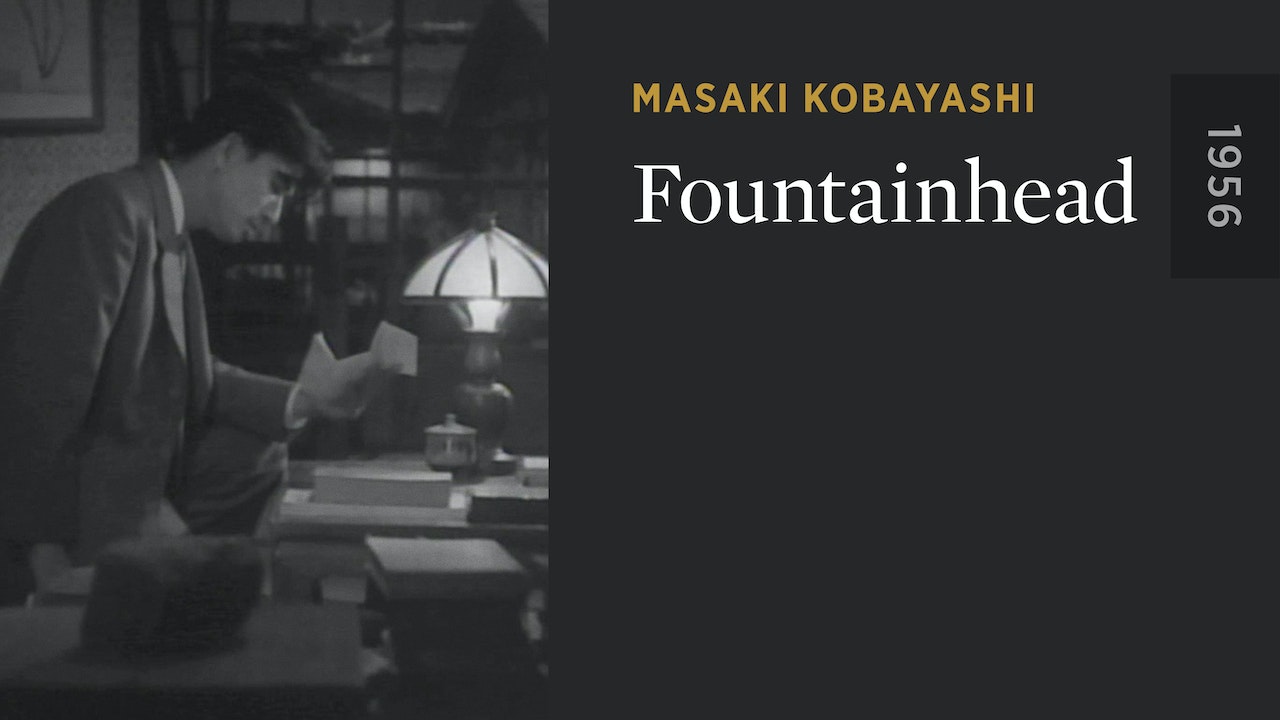