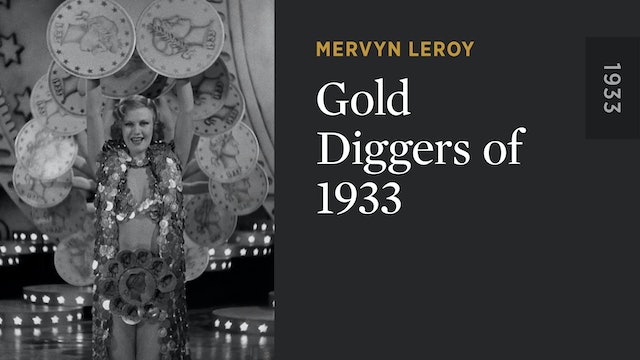 A Broadway producer has the talent, the tunes, the theater, and everything else he needs to put on a show—except the dough. Not to worry, say Ginger Rogers and the other leggy chorines decked out in giant coins. Everyone will soon be singing “We’re in the Money.” Soon after 42ND STREET, the brothers Warner again kicked the Depression blues out the stage door and into a back alley. Mervyn Le Roy directs the snappy non-musical portions involving three wonderfully silly love matches (including Dick Powell and Ruby Keeler). And Busby Berkeley brings his peerless magic to the production numbers, his camera swooping and gliding to showstoppers that are naughty (“Pettin’ in the Park”), neon-lit (“The Shadow Waltz”) and soul-searing (“Remember My Forgotten Man”). Solid cinema gold! 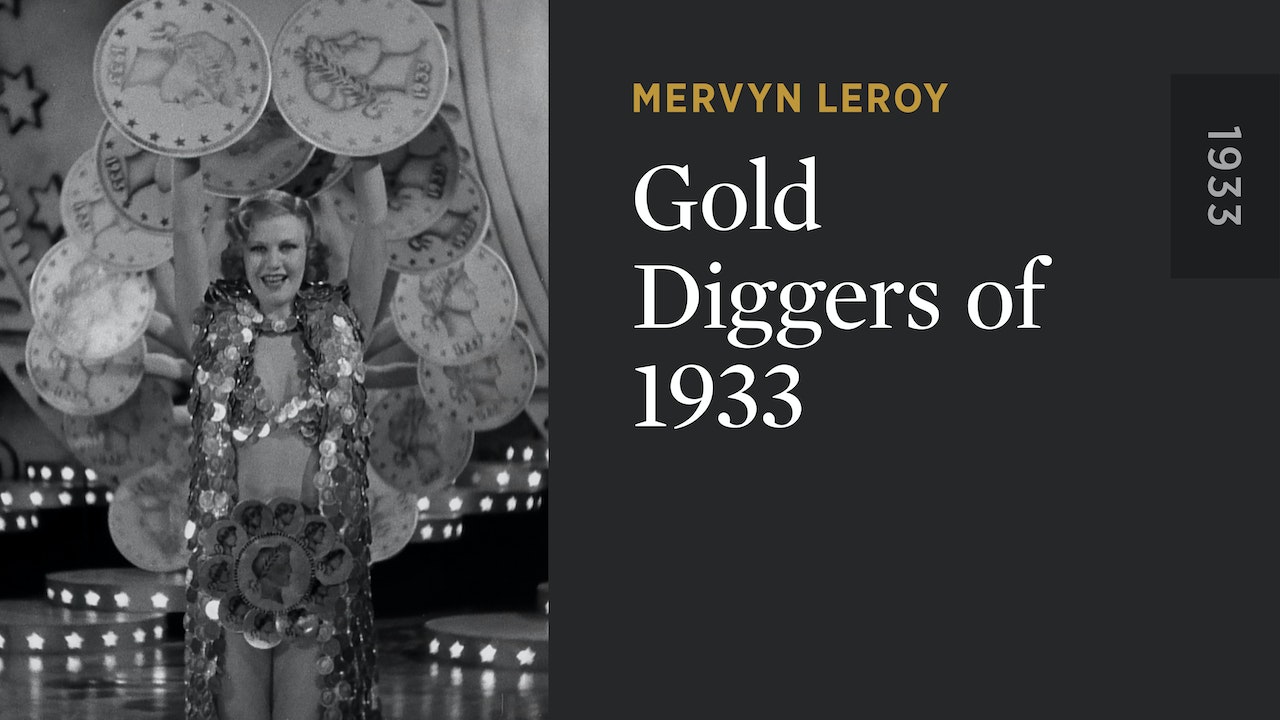