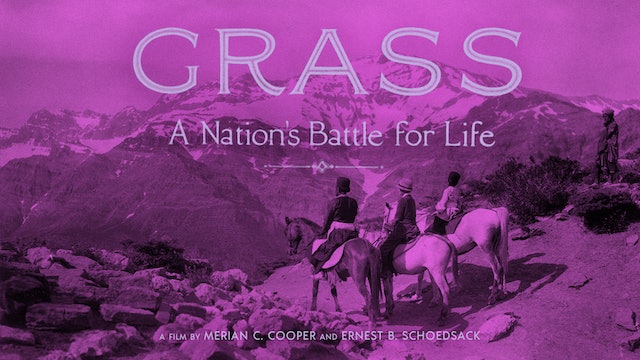 Grass: A Nation’s Battle for Life

In 1924, neophyte filmmakers Merian C. Cooper and Ernest B. Schoedsack—later to achieve cinematic immortality as the makers of KING KONG—joined forces with journalist and spy Marguerite Harrison and set off to film an adventure. They found excitement, danger, and drama in the migration of the Bakhtiari nomads of Persia (now Iran). Twice a year, more than fifty thousand people and half a million animals surmounted seemingly impossible obstacles—braving the icy, raging waters of the half-mile-wide Karun River and winding their way up the side of the sheer, snow-covered rock face of the fifteen-thousand-foot-high Zardeh Kuh mountain—to take their herds to pasture. Risking their own lives in the process, Cooper and Schoedsack captured astonishing, unforgettable images of courage and determination and created one of the cinema’s first great documentaries.