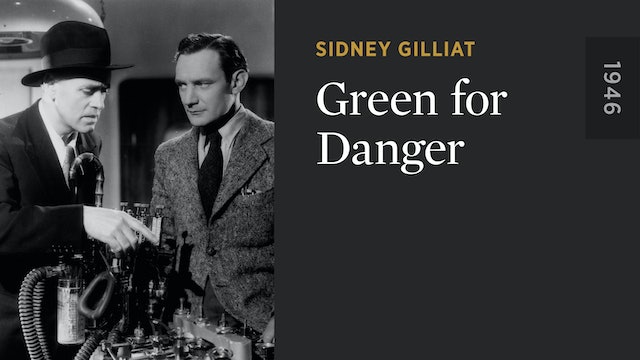 In the midst of Nazi air raids, a postman dies on the operating table at a rural English hospital. But was the death accidental? A delightful and wholly unexpected murder mystery, British writer/director Sidney Gilliat’s GREEN FOR DANGER features Trevor Howard and Sally Gray as suspected doctors and Alastair Sim in a marvelous turn as Scotland Yard’s insouciant Inspector Cockrill. A screenwriter who had worked with Hitchcock on such films as THE LADY VANISHES and JAMAICA INN, Gilliat slyly upends whodunit conventions with wit and style.