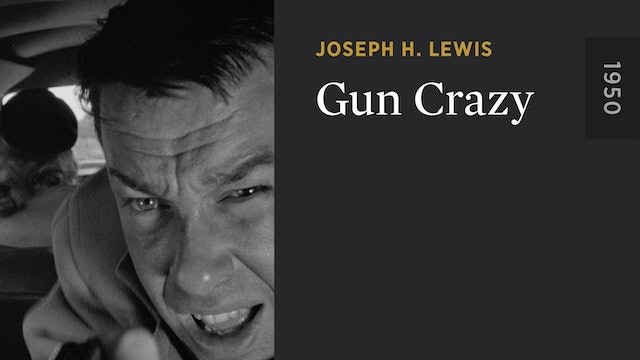 Bart Tare (John Dall) has been enamored with firearms since he was a kid. Annie Laurie Star (Peggy Cummins) is the sharp-shooting queen of a traveling carnival. When Bart beats Laurie in a sexually charged shooting contest, it quickly leads to love, marriage, and a wild crime spree as the couple embark on a string of dangerous bank heists, living life and facing death on their own terms. Joseph H. Lewis directs this benchmark film noir in dizzying, dazzling style, employing innovative camera work and daring innuendo to create what may just be the ultimate example of B-movie poetry.