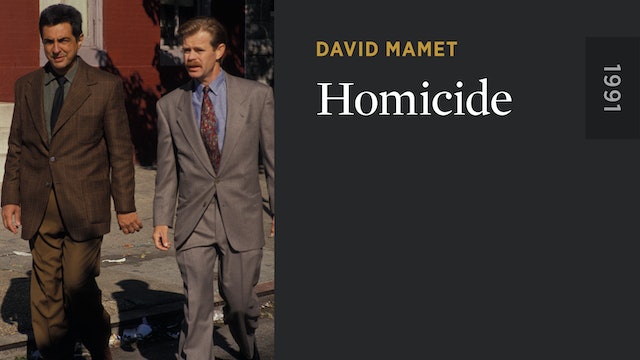 In David Mamet’s cinema, nothing is as it seems—so you better know what you’re looking for. Unfortunately, the protagonist of Mamet’s nightmarish urban odyssey HOMICIDE, inner-city police detective Bobby Gold (Joe Mantegna), is as bewildered about who he is as who (or what) he’s after. Gold’s investigation, following the murder of an elderly Jewish candy-shop owner, leads him down a path of obscure encounters and clues, to a profound reckoning with his own identity. Filled with Mamet’s trademark verbal play and featuring standout supporting performances from William H. Macy, Ving Rhames, and Rebecca Pidgeon, HOMICIDE is a taut, rich work from a true American original. 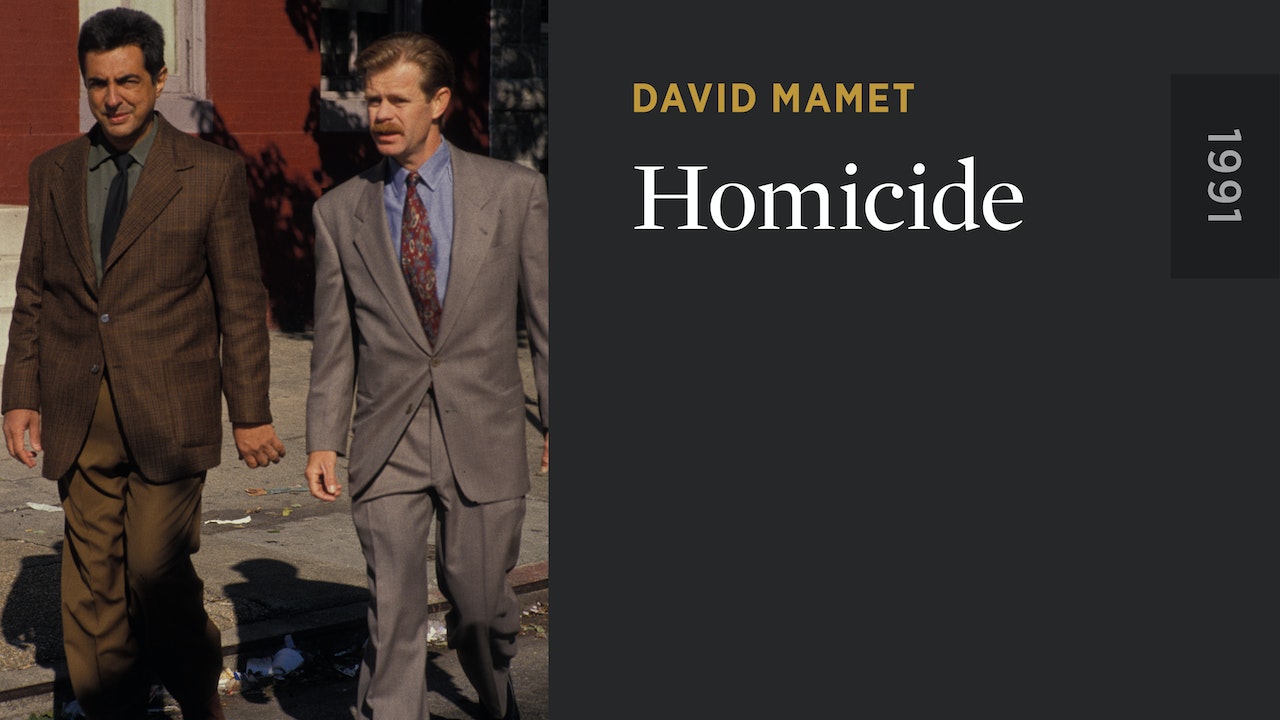