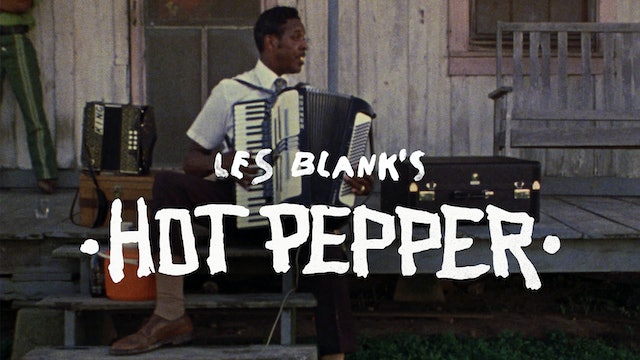 A companion piece to DRY WOOD that was filmed simultaneously, this is an energetic portrait of the Grammy-winning Creole musician Clifton Chenier, a.k.a. the King of Zydeco. HOT PEPPER brings viewers into the Louisiana juke joints where Chenier plays his unique music, which synthesizes elements of traditional Cajun dance tunes and black R&B with African-inflected percussion. Chenier’s accordion-driven rhythms and sophisticated melodies are unforgettably catchy, and Les Blank beautifully captures the music’s propulsive, foot-tapping joy on film. 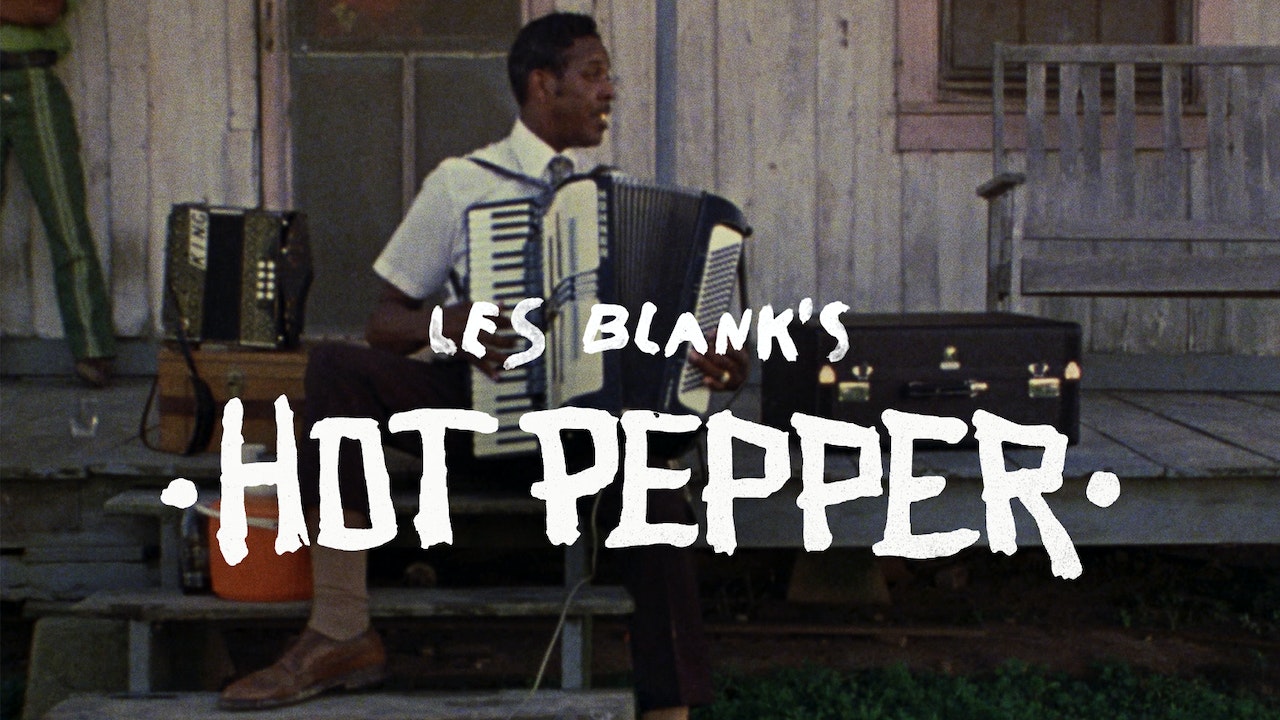