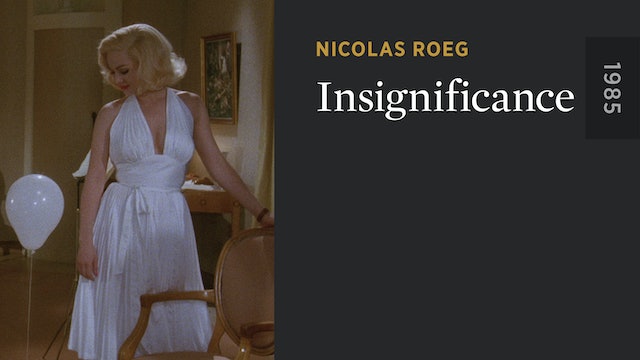 Four unnamed people who look and sound a lot like Albert Einstein, Marilyn Monroe, Joe DiMaggio, and Joseph McCarthy converge in one New York City hotel room in this compelling, visually inventive adaptation of Terry Johnson’s play, from director Nicolas Roeg. With a combination of whimsy and dread, Roeg creates a fun-house-mirror image of fifties America in order to reflect on the nature of celebrity and lingering cold-war nuclear nightmares. INSIGNIFICANCE is a delirious, intelligent drama, featuring magnetic performances by Michael Emil as the Professor, Theresa Russell as the Actress, Gary Busey as the Ballplayer, and Tony Curtis as the Senator. 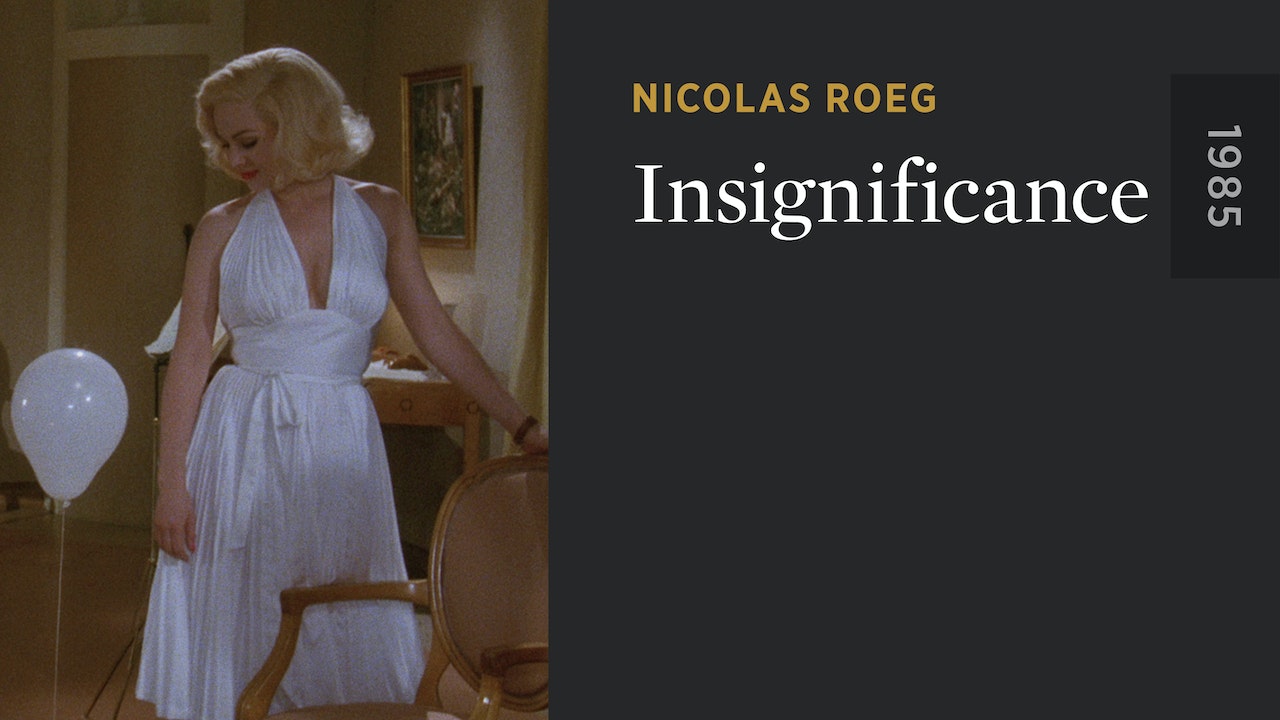