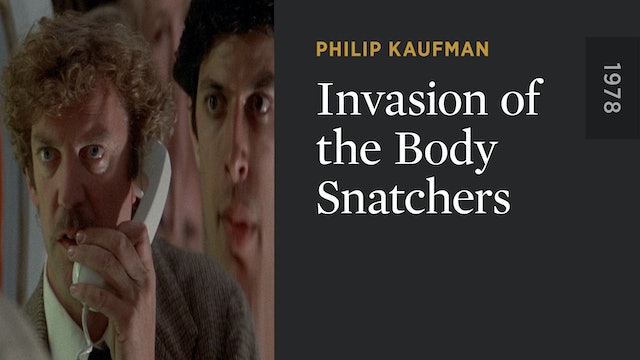 Invasion of the Body Snatchers

A classic of 1950s science fiction receives a terrifying update for the paranoid, disillusioned 1970s in one of the rare remakes to bring new dimension to the original. One by one, the residents of San Francisco are becoming dronelike shadows of their former selves. As the phenomenon spreads, two Department of Health workers, Matthew (Donald Sutherland) and Elizabeth (Brooke Adams), uncover the horrifying truth: mysterious pods are cloning humans and destroying the originals. The otherworldly invasion grows with each passing minute, hurling Matthew and Elizabeth into a desperate race to save not only their own lives but all of humanity.