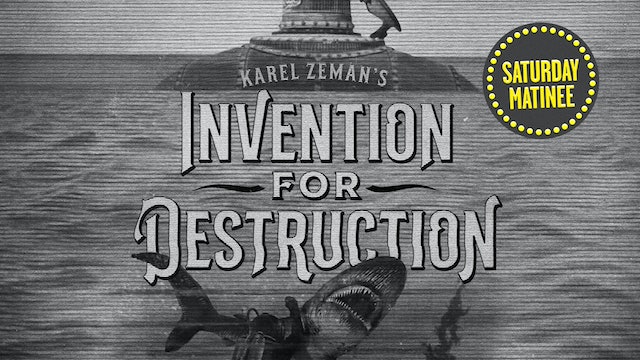 This eye-popping escapade revolves around a scientist and his doomsday machine—and the pirates who will stop at nothing to gain possession of it. Freely adapting the fiction of Jules Verne, and inspired by Victorian line engravings, Karel Zeman surrounds his actors with animated scenery of breathtaking intricacy and complexity, constructing an impossibly vivid proto-steampunk world. Released abroad at the turn of the 1960s, INVENTION FOR DESTRUCTION went on to become one of the most internationally successful Czechoslovak films of all time.