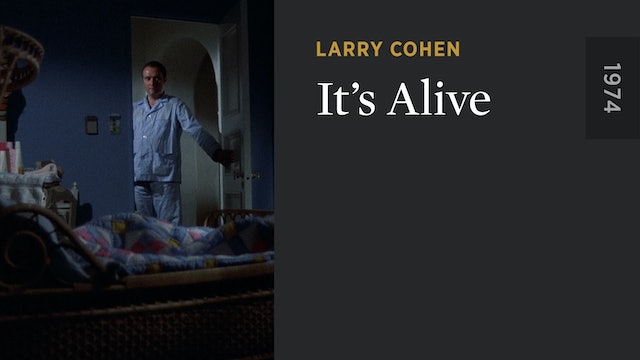 It has a nasty habit of killing when it’s scared . . . and it’s very easily scared! Frank (John P. Ryan) and Lenore Davies (Sharon Farrell) have been anticipating the birth of their child, plagued by all the fears that normally haunt new parents—that their baby may be sick or, even worse, may die. But in their worst nightmares, the Davies never foresaw the terror to come when their evil spawn escapes from a blood-drenched delivery room to go on killing spree through an idyllic suburban neighborhood. Gonzo auteur Larry Cohen directs this subversive antifamily splatterfest, featuring a brilliantly creepy score by Bernard Herrmann.