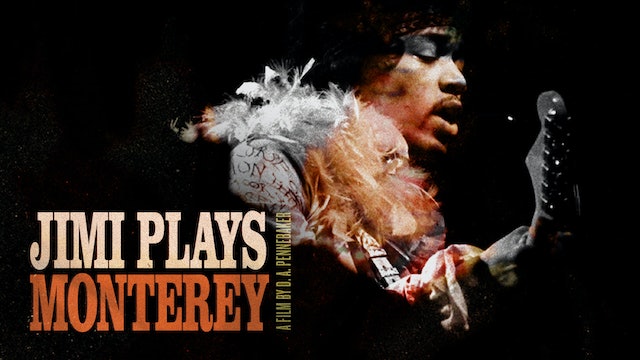 Directed by D. A. Pennebaker and Chris Hegedus • 1986 • United States

Jimi Hendrix arrived in California virtually unknown. Returning stateside from London, where he had moved to launch his musical career, Hendrix exploded at Monterey, flooring an unsuspecting audience with his maniacal six-string pyrotechnics. JIMI PLAYS MONTEREY features the entire set of this legendary musician, a performance that has entered rock-and-roll mythology.