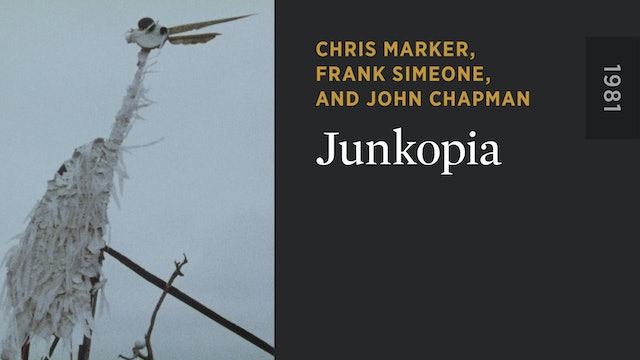 The filming of the Vertigo sequences in Sans Soleil brought director Chris Marker to the Bay Area on a number of occasions in the early eighties. During those visits, Marker's friend Tom Luddy often drove him from Berkeley to Francis Ford Coppola's Zoetrope film offices in San Francisco. That journey passed by the Emeryville Mudflats, an ever-changing art gallery of driftwood sculptures and structures that intrigued Marker. Created by anonymous artists, the works would regularly wash away with the tides, only to be replaced by new ones. One day, with the help of some of the Zoetrope crew, Marker went out to immortalize the scene, which no longer exists. 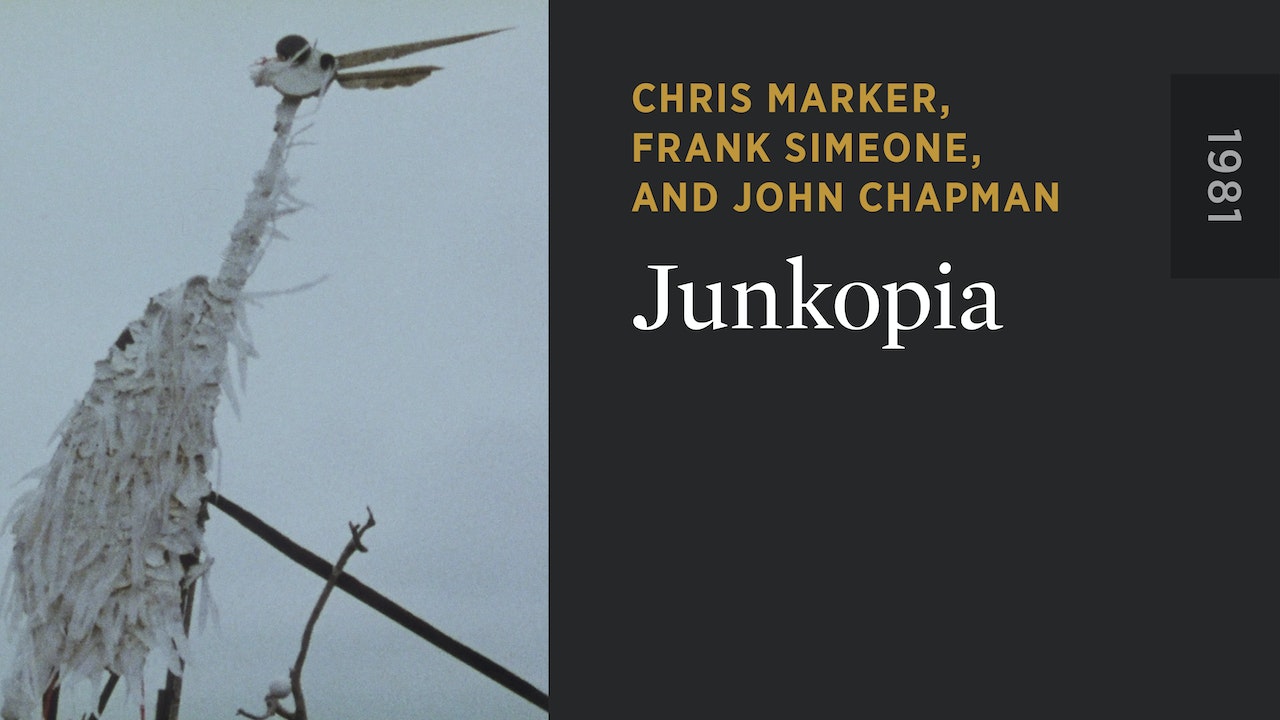