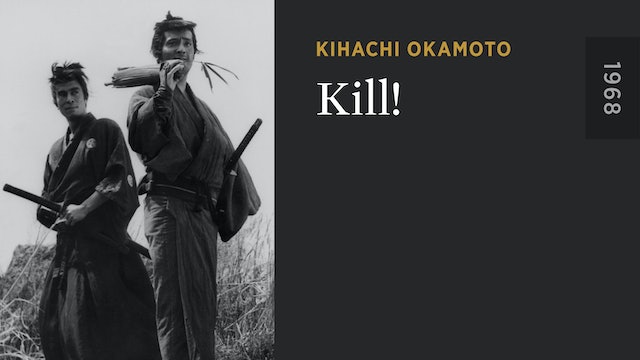 In this pitch-black action comedy by Kihachi Okamoto, a pair of down-on-their-luck swordsmen arrive in a dusty, windblown town, where they become involved in a local clan dispute. One, previously a farmer, longs to become a noble samurai. The other, a former samurai haunted by his past, prefers living anonymously with gangsters. But when both men discover the wrongdoings of the nefarious clan leader, they side with a band of rebels who are under siege at a remote mountain cabin. Based on the same source novel as Akira Kurosawa’s SANJURO, KILL! playfully tweaks samurai film convention, borrowing elements from established chanbara classics and seasoning them with a little Italian western. 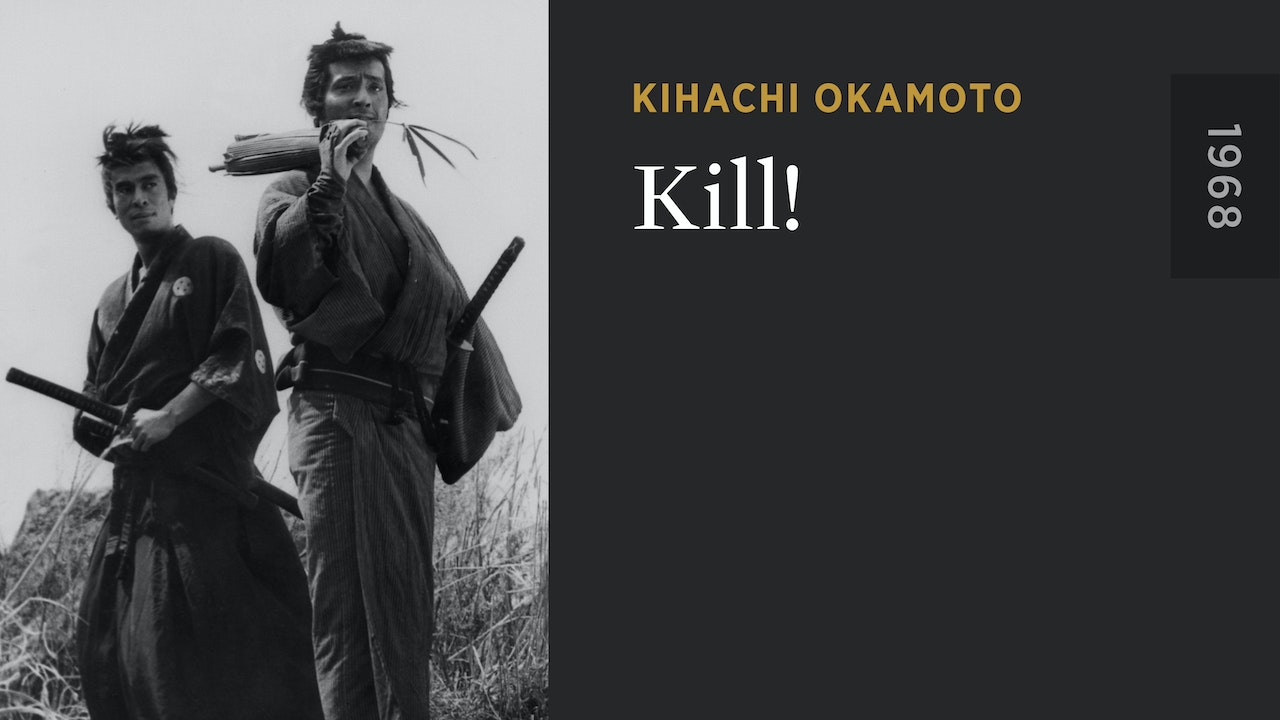