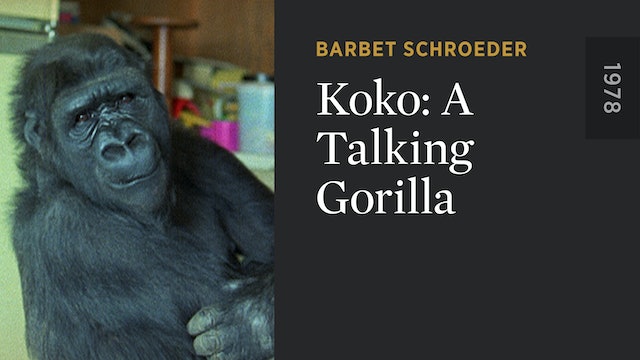 In 1977, acclaimed director Barbet Schroeder and cinematographer Nestor Almendros entered the universe of the world’s most famous primate to create the captivating documentary KOKO: A TALKING GORILLA. The film introduces us to Koko soon after she was brought from the San Francisco Zoo to Stanford University by Dr. Penny Patterson for a controversial experiment—she would be taught the basics of human communication through American Sign Language. An entertaining, troubling, and still relevant documentary, KOKO: A TALKING GORILLA sheds light on the ongoing ethical and philosophical debates over the individual rights of animals and brings us face-to-face with an amazing gorilla caught in the middle. 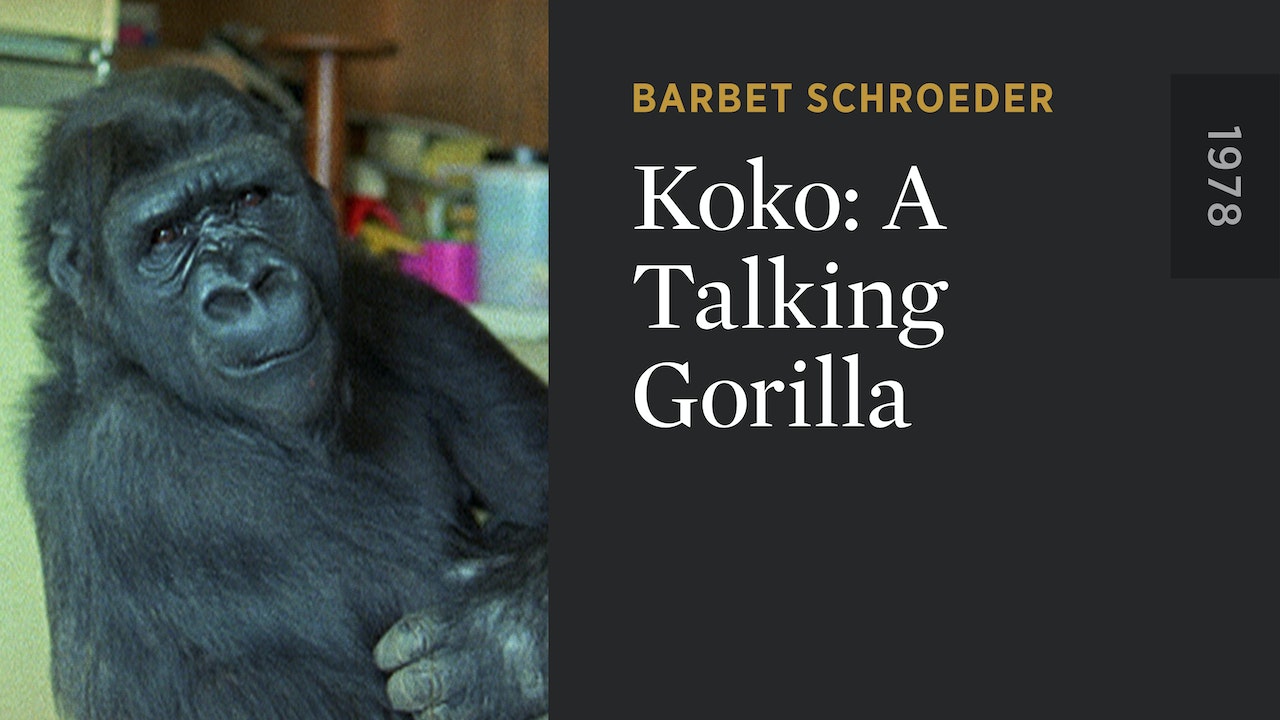