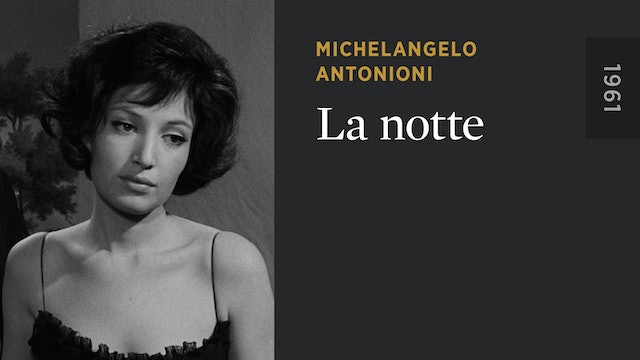 This psychologically acute, visually striking modernist work was director Michelangelo Antonioni’s follow-up to the epochal L’AVVENTURA. Marcello Mastroianni and Jeanne Moreau star as a novelist and his frustrated wife, who, over the course of one night, confront their alienation from each other and the achingly empty bourgeois Milan circles in which they travel. Antonioni’s muse Monica Vitti smolders as an industrialist’s tempting daughter. Moodily sensual cinematography and subtly expressive performances make LA NOTTE an indelible illustration of romantic and social deterioration. 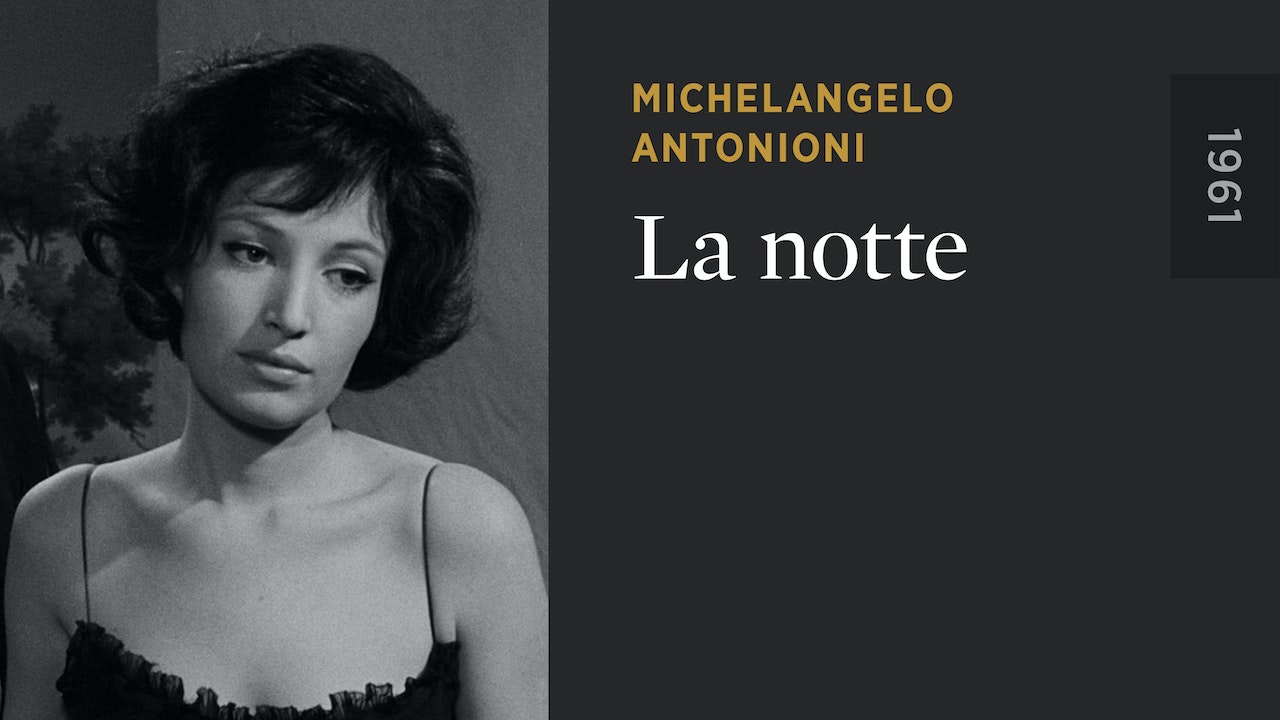