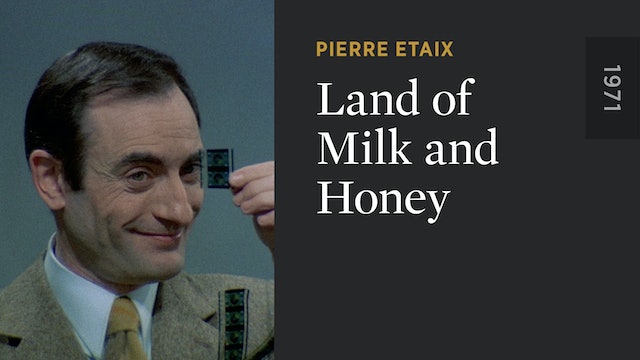 Land of Milk and Honey

Pierre Etaix's most radical film, and perhaps unsurprisingly the one that effectively ended his career in cinema, Land of Milk and Honey is a fascinating investigative documentary about post-May '68 French society. In it, Etaix trains his discerning eye on idle summer vacationers, but the film has bigger fish to fry, asking pertinent questions about the sexualization of culture, class and gender inequality, media and advertising, and even architecture. 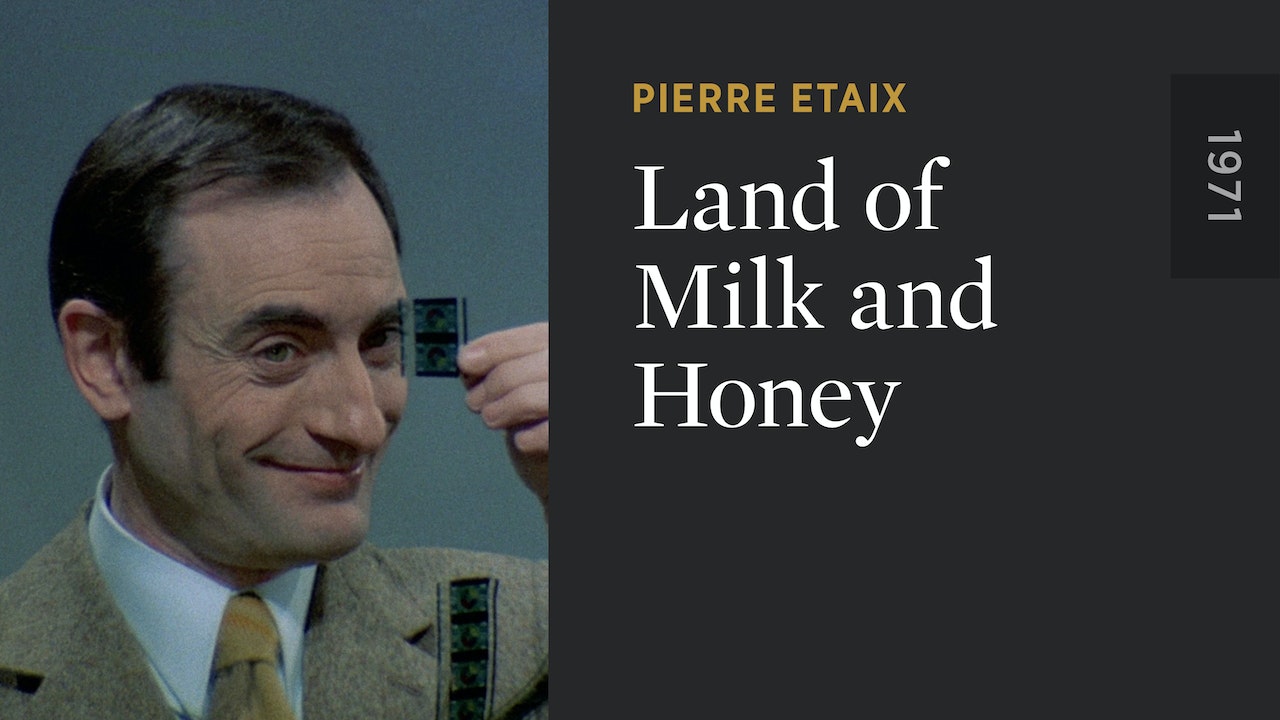