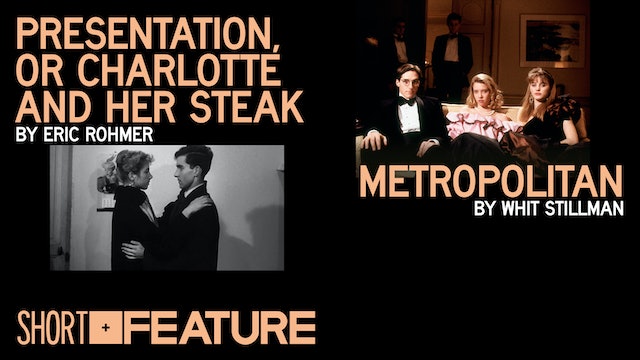 With their emphasis on literate conversation and the romantic complications of the young and urbane, the films of French New Wave titan Eric Rohmer and New York indie darling Whit Stillman share a sophisticated spiritual connection. Starring a very young Jean-Luc Godard, Rohmer’s early short PRESENTATION, OR CHARLOTTE AND HER STEAK captures a fleeting amorous encounter in a snowbound Swiss village. Though it was made decades later, Whit Stillman’s sparkling, Christmastime-set comedy of manners METROPOLITAN feels almost contemporaneous in its acid-tongued look at romantic and class anxieties among a coterie of fledgling Upper East Side socialites. 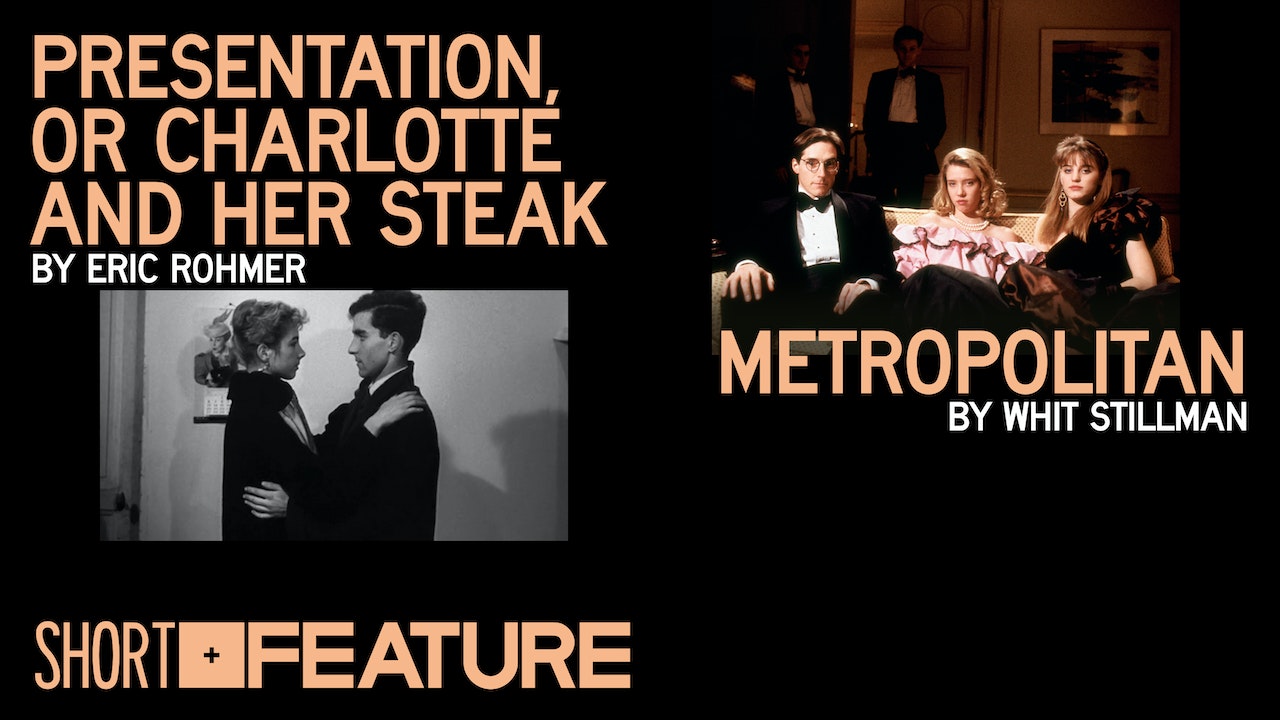