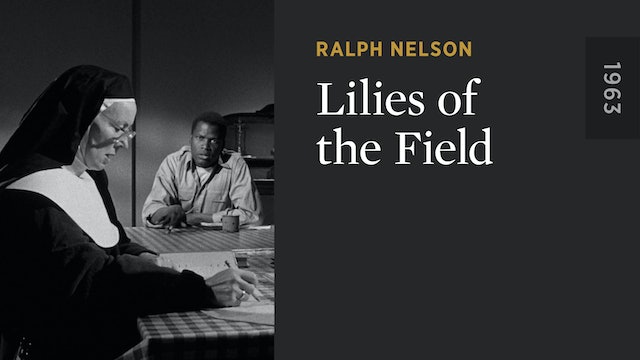 Lilies of the Field

Homer Smith (Sidney Poitier), an itinerant handyman, is driving through the Arizona desert when he meets five impoverished nuns. Stopping to fix their leaky farmhouse roof, Homer discovers that not only will the Mother Superior not pay him for the job, she also wants him to build their chapel—for free! Hesitant at first, Homer soon finds himself single-handedly raising the chapel. But although he will not receive a monetary reward, Homer knows that when his work is done, he’ll leave the dusty desert town a much better place than when he found it. Ralph Nelson wonderfully directed this gem of a motion picture featuring stunning black-and-white cinematography by the great Ernest Haller.