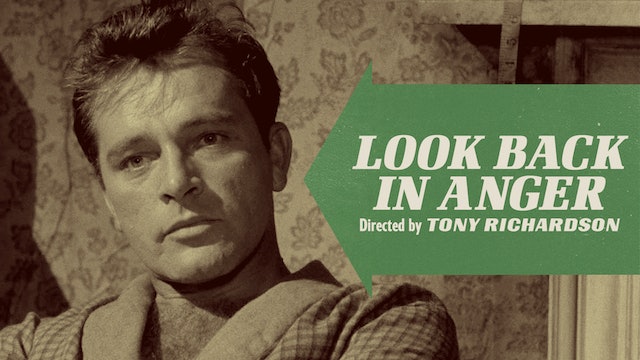 Look Back in Anger

Based on the smash-hit play by John Osborne that inaugurated Britain’s “angry young men” literary movement, this touchstone of the British New Wave features a searing performance from Richard Burton as Jimmy Porter, a university graduate and the husband of a woman of some means, who has rejected middle-class dreams and now operates a candy stall at the local flea market. During their two year marriage, Alison (Mary Ure) has carried the full brunt of Jimmy’s anger and frustration, as well as his intense love. When Alison’s friend Helena Charles (Claire Bloom), an actress, moves in with the couple, she becomes a witness to their turbulent relationship and a catalyst for further unrest within the household.