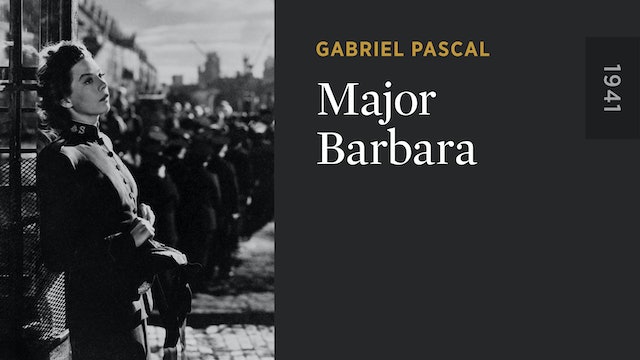 Filmed in London in 1941, during the Blitz, Major Barbara emerged from a troubled production to become a major success for George Bernard Shaw and producer-director Gabriel Pascal. Pygmalion's Wendy Hiller returns, this time as one of Shaw's most memorable and controversial characters, Barbara Undershaft, a Salvation Army officer who speaks out against the hypocrisy she believes exists in her Christian charity organization. Rex Harrison, Robert Newton, and Deborah Kerr costar in this merrily satirical morality play. 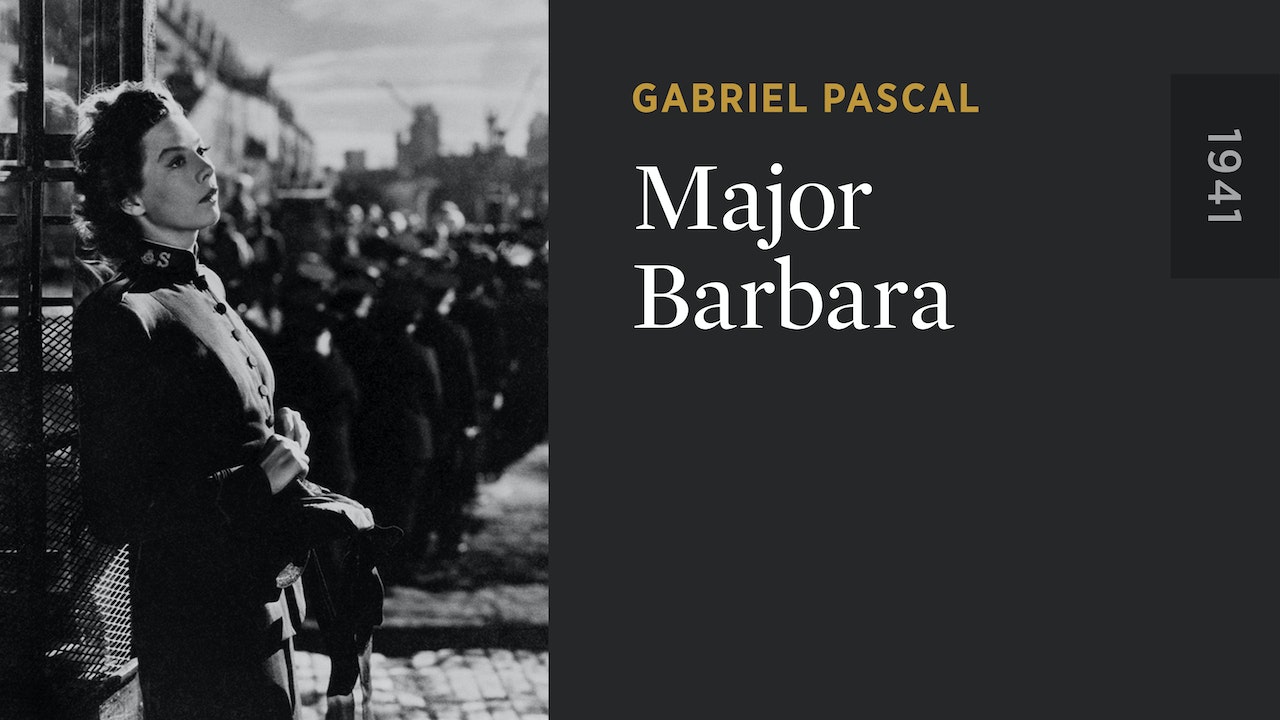