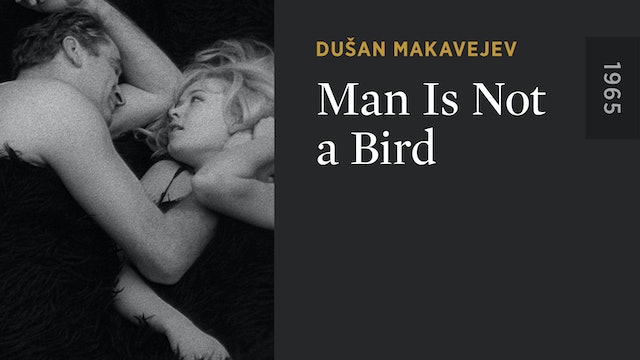 Man Is Not a Bird

Man Is Not a Bird is an antic, free-form portrait of the love lives of two less-than-heroic men who labor in a copper factory. For this first feature, following years of making documentaries and experimental shorts, Dusan Makavejev and his crew set up shop in Bor, a mining town in the mountains near Yugoslavia's border with Bulgaria, interviewing the workers in the region and even shooting footage inside the local ore factories. Yet the result is hardly a staid tribute to the working class. Also featuring seductive Milena Dravic, who would go on to star in Makavejev's groundbreaking WR: Mysteries of the Organism, Man Is Not a Bird is one of cinema's most assured and daring debuts. 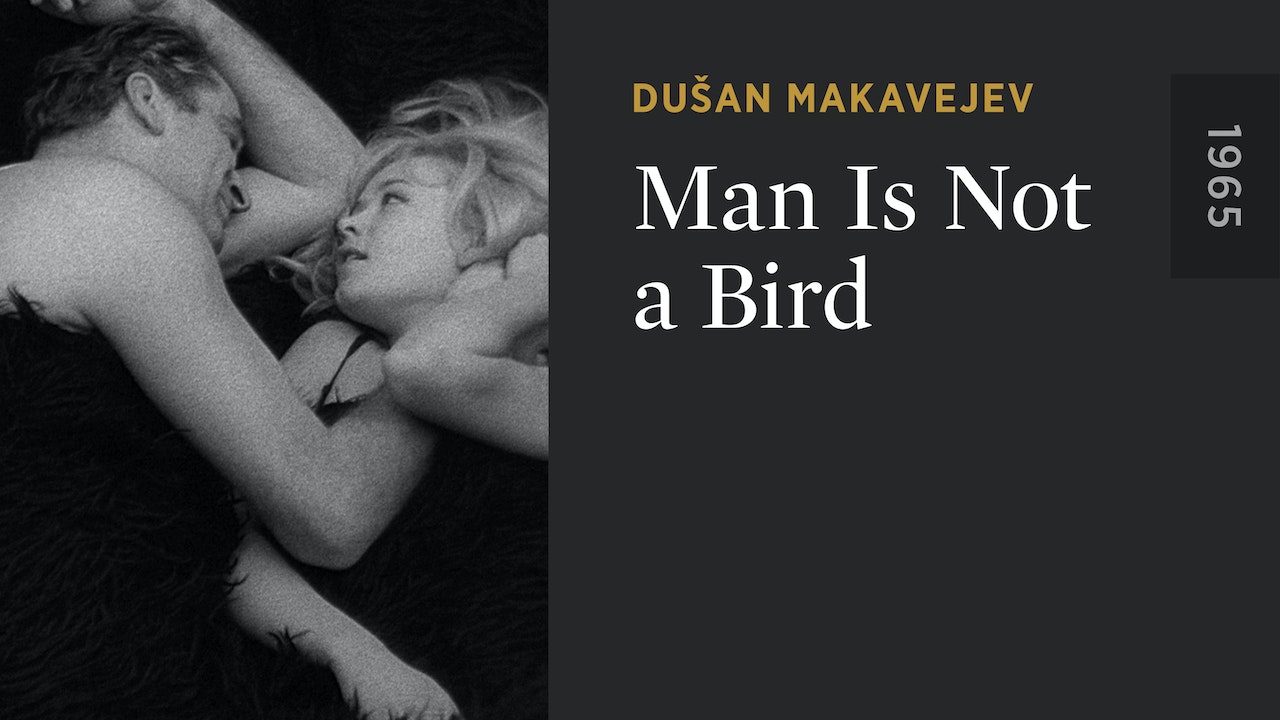