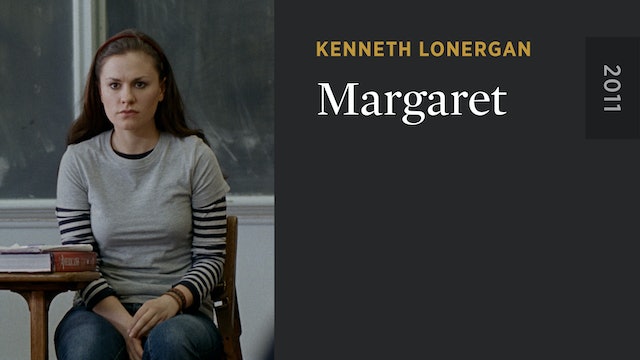 Kenneth Lonergan’s searing emotional epic centers on seventeen-year-old Manhattan high-school student Lisa (Anna Paquin), for whom the challenges of adolescence take on new gravity when she inadvertently causes a traffic accident that claims a woman’s life. In her attempts to make things right, she meets with opposition and incomprehension at every step, forcing her to confront the complexity of the adult world. With a phenomenal supporting cast—including J. Smith-Cameron, Jeannie Berlin, Matt Damon, Matthew Broderick, Allison Janney, Mark Ruffalo, Jean Reno, and Kieran Culkin—and an unconventionally digressive dramatic structure, MARGARET opens out from Lisa’s private crisis onto a panoramic view of a post-9/11 New York teeming with grief and longing. The film is presented here in its extended version.