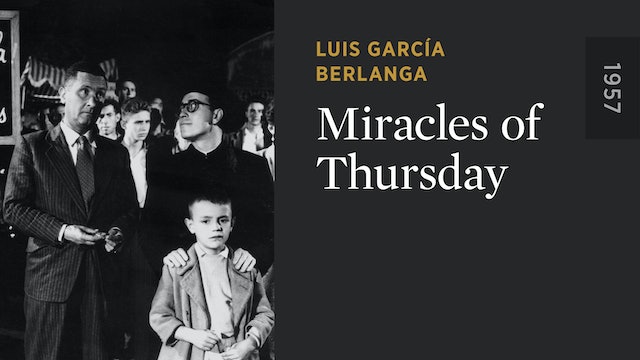 Looking for ways to boost the local economy, leaders in the village of Fuentecilla set their hopes on a medicinal spa that was once a popular destination but has since fallen on hard times. With makeshift lighting and costuming, the men fabricate the apparition of Saint Dismas, whose appearance every Thursday night drums up publicity for the spa’s purportedly healing waters. But as the news spreads and tourism begins to spike, a mysterious outsider arrives in town, threatening to reveal the miracle as a hoax. Before its release, Luis García Berlanga’s cunning attack on the commercial exploitation of religion raised the ire of the censors, who forced the director to rewrite the film under the supervision of the Catholic Church. 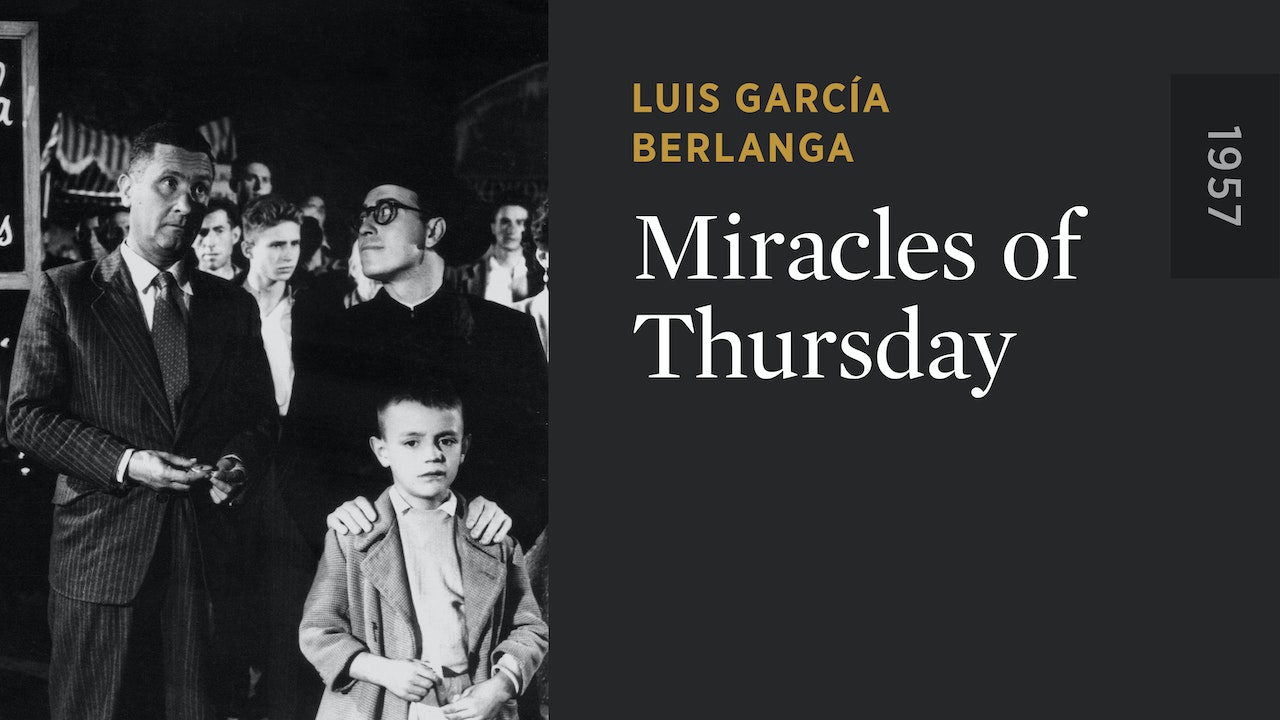