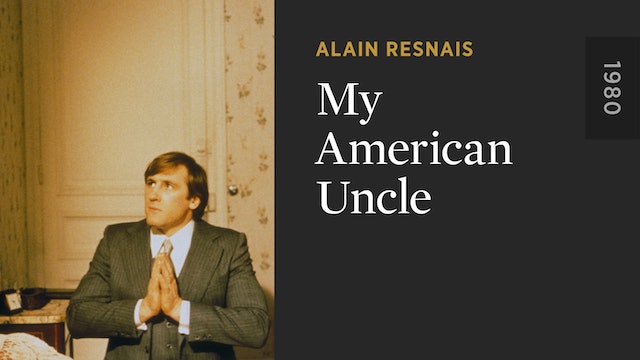 MY AMERICAN UNCLE (a.k.a. MON ONCLE D’AMERIQUE) is unique in cinema—one of the oddest movies ever to emerge from the hand of director Alain Resnais, and also perhaps his most popular, steeped in elements of popular culture, social critique, and behavioral psychology, yet accessible enough to have achieved mass popularity, not only in France (where it won six Cesar Awards—their equivalent of the Oscar) but also in America. A trio of people (Gérard Depardieu, Nicole Garcia, Roger Pierre) are presented as “case histories” by a lecturer—and we see them not only in their work environments, but also in terms of the cinematic role models (Jean Gabin, Jean Marais, Danielle Darrieux) that have helped shape their self-images. 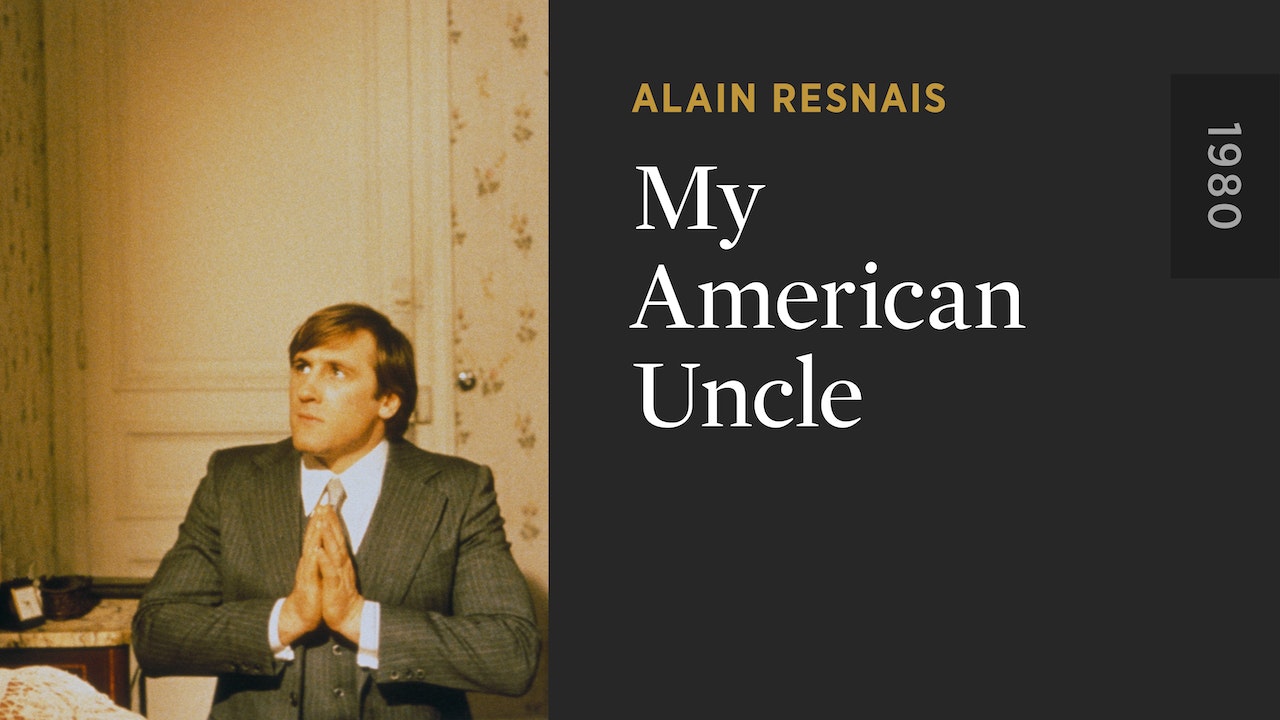