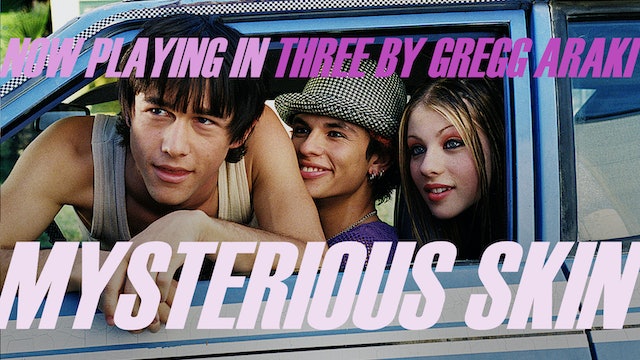 Two young men are haunted by an event from their past in this powerful drama from Gregg Araki. Ten years earlier, in the summer of 1981, Brian (Brady Corbet) blacked out for five hours, only to wake up in his basement with a bloody nose and no memory of what happened. Now eighteen, he has become obsessed with the possibility that he was abducted by aliens. When he reconnects with Neil (Joseph Gordon-Levitt), his former Little League teammate who is now a gay hustler living in New York, Brian discovers the key to unlocking the truth about what happened that day. Fearlessly tacking an explosive subject, Araki crafts a profoundly sensitive, dreamily poetic exploration of childhood trauma and its repercussions.