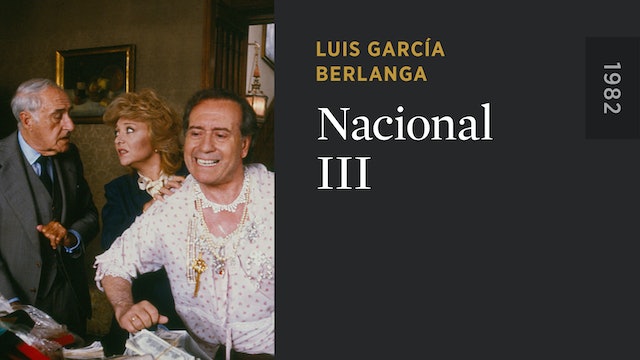 The third installment in Luis García Berlanga’s trilogy about the (mis)fortunes of the once wealthy, now destitute Leguineche family follows the Marquis of Leguineche (Luis Escobar) as he is forced to sell his palace in Madrid and move in with his son. Desperate to avoid paying taxes, the family decides to relocate their money to France—but things go from bad to worse when the French Socialist Party is elected to power. 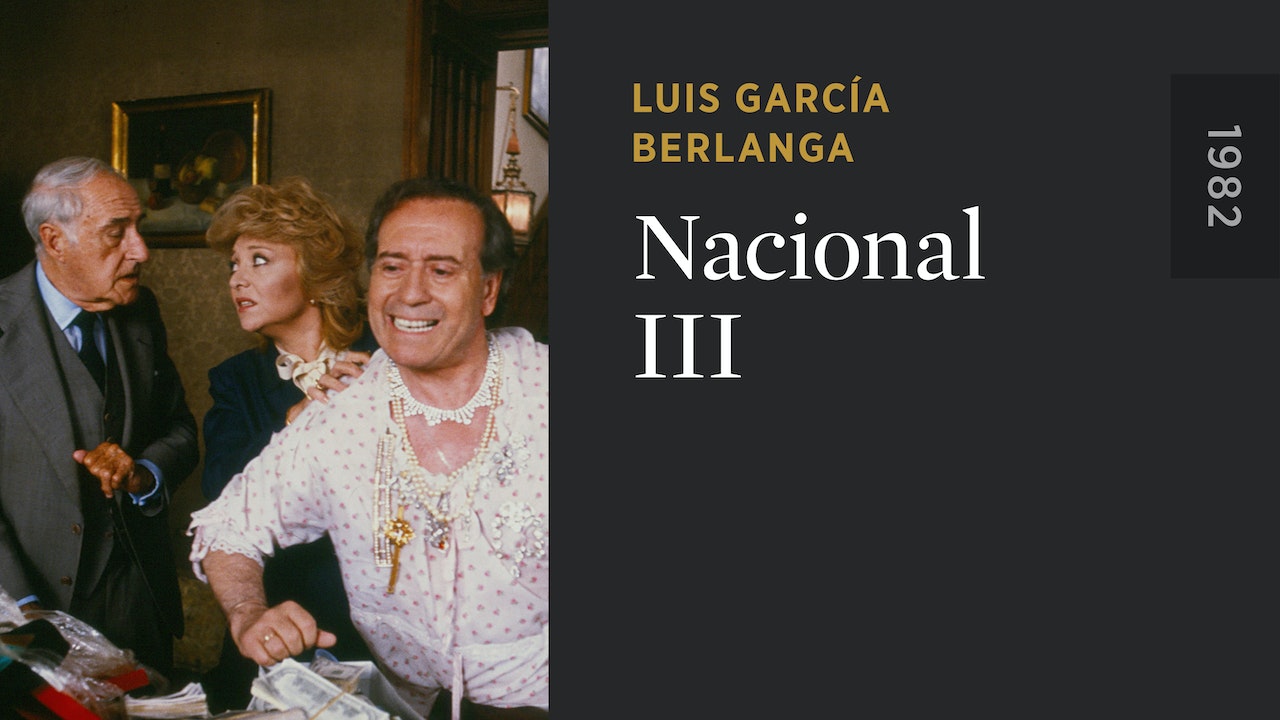