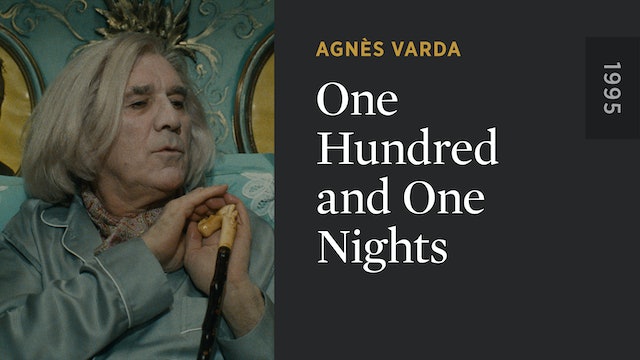 One Hundred and One Nights

A celebration of cinema’s centennial, ONE HUNDRED AND ONE NIGHTS finds Agnès Varda at her most playful. It is also perhaps her unlikeliest project: a star-studded comic fantasy with an extravagant sense of style and an adoring but slightly off-kilter perspective on the magic of filmmaking. French New Wave icon Michel Piccoli is a mysterious aging impresario named Simon Cinéma who has hired a young film student, Camille (Julie Gayet), to simply sit with him at his mansion and talk about movies. Skeptical yet increasingly enchanted, Camille bears witness to cinema itself coming to life, allowing Varda to wittily integrate a mind-boggling parade of appearances by screen legends (Catherine Deneuve, Marcello Mastroianni, Jean-Paul Belmondo, Anouk Aimée, Robert De Niro, and many others), and attest to the vigorous health of the movies at the close of the twentieth century. 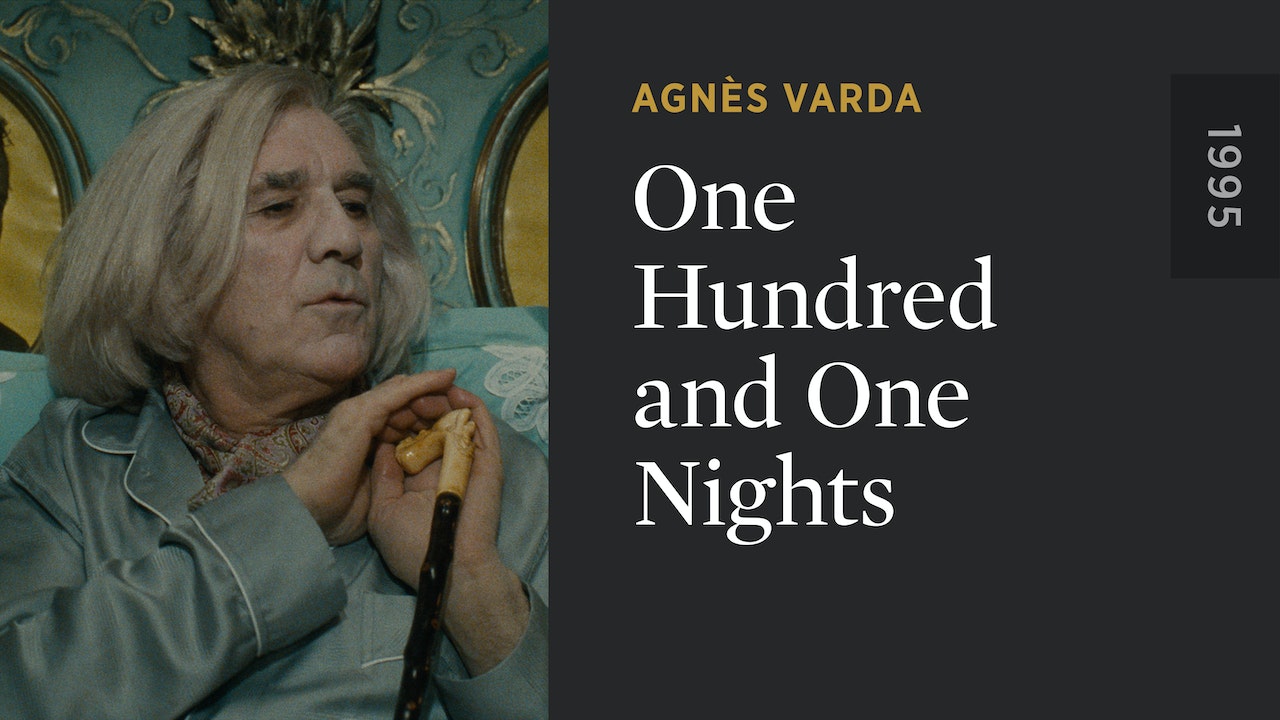