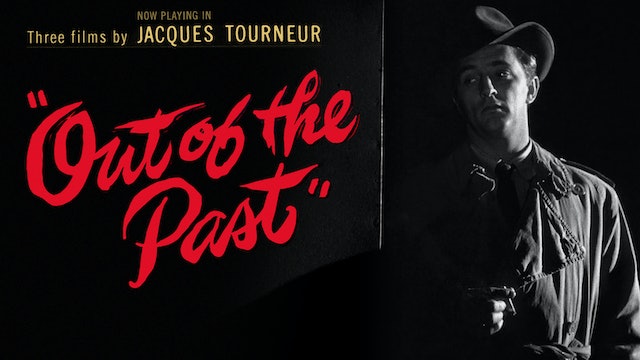 Out of the Past

Everything you want in a film noir you’ll find in OUT OF THE PAST: a tenacious detective (Robert Mitchum) spinning his wheels to make good, a drop-dead beauty (Jane Greer) up to no good, and a moneyed mobster (Kirk Douglas) with a shark’s grin, plus double crosses, fall guys, shadowy rooms, and bleak souls. Mitchum solidified his tough-guy persona in this archetypal film noir directed with memorable style by Jacques Tourneur. He plays Jeff Bailey, a one-time private investigator walking the straight and narrow of small-town life . . . until an acquaintance from his past pulls him back into the troubles he’d left behind.