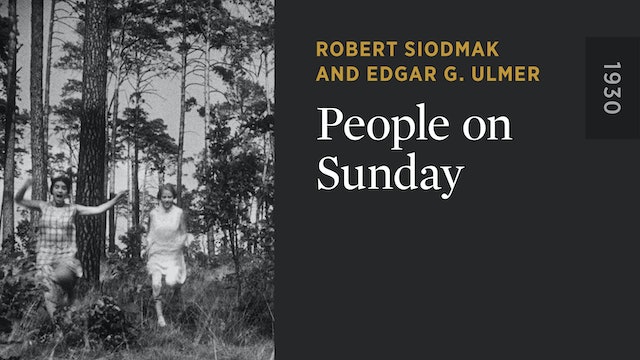 Years before they became major players in Hollywood, a group of young German filmmakers, including eventual noir masters Robert Siodmak and Edgar G. Ulmer and future Oscar winners Billy Wilder and Fred Zinnemann, worked together on the once-in-a-lifetime collaboration PEOPLE ON SUNDAY (MENSCHEN AM SONNTAG). This effervescent, sunlit silent, about a handful of city dwellers (a charming cast of nonprofessionals) enjoying a weekend outing, offers a rare glimpse of Weimar-era Berlin. A unique hybrid of documentary and fictional storytelling, PEOPLE ON SUNDAY was both an experiment and a mainstream hit that would influence generations of film artists around the world. 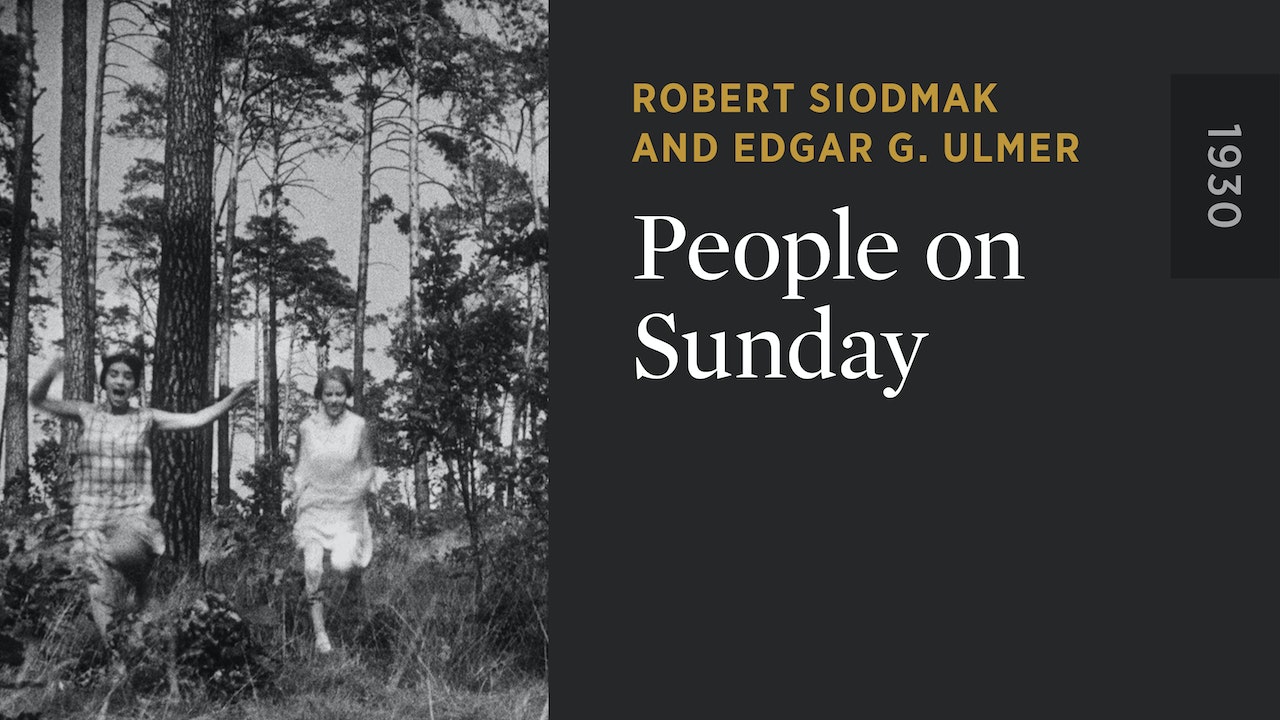