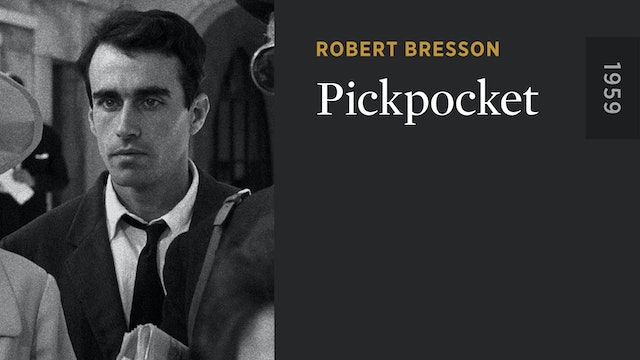 This incomparable story of crime and redemption from the French master Robert Bresson follows Michel, a young pickpocket who spends his days working the streets, subway cars, and train stations of Paris. As his compulsive pursuit of the thrill of stealing grows, however, so does his fear that his luck is about to run out. A cornerstone of the career of this most economical and profoundly spiritual of filmmakers, PICKPOCKET is an elegantly crafted, tautly choreographed study of humanity in all its mischief and grace, the work of a director at the height of his powers. 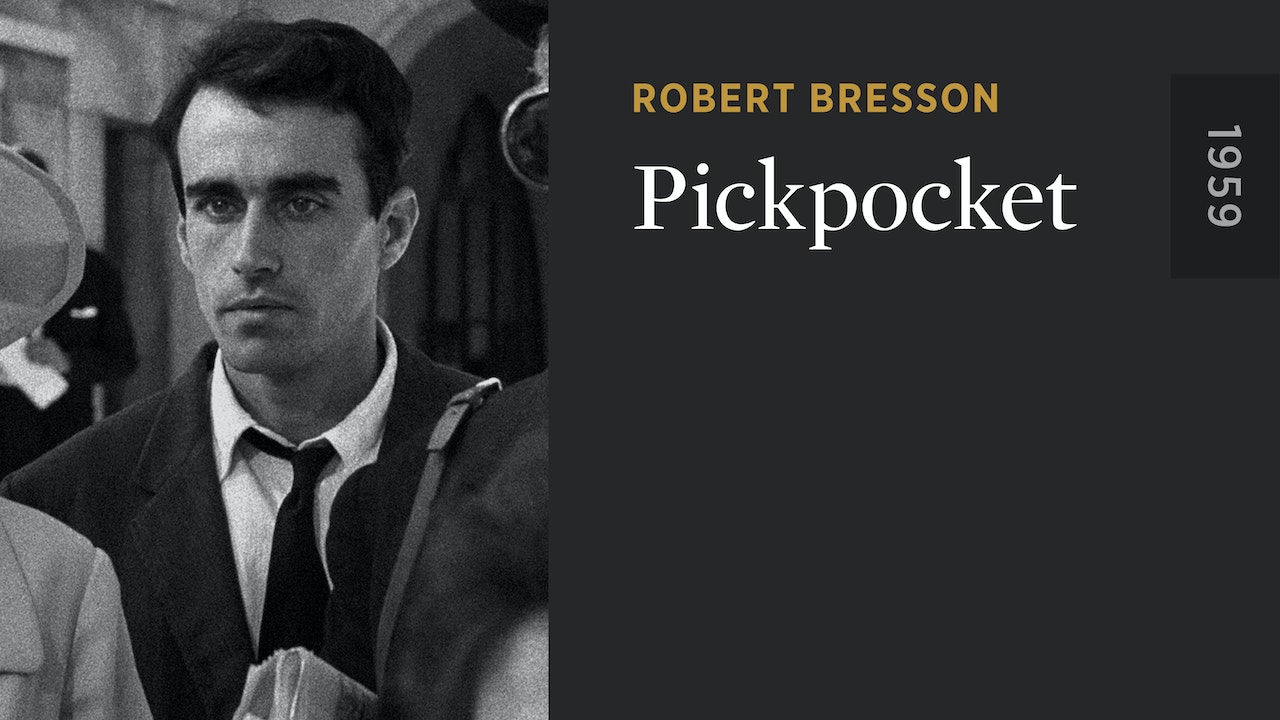