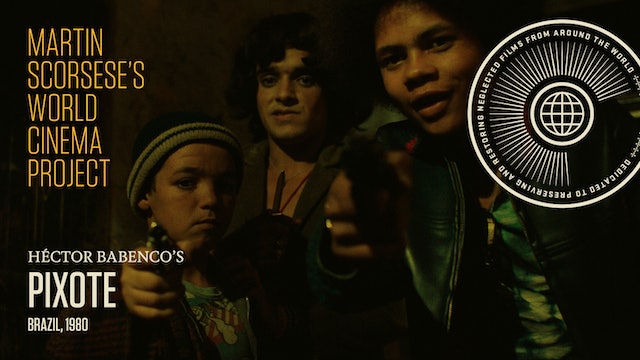 With its bracing blend of unflinching realism and aching humanity, Héctor Babenco’s electrifying look at lost youth fighting to survive on the bottom rung of Brazilian society helped put the country’s cinema on the international map. Shot with documentary-like immediacy on the streets of São Paulo and Rio de Janeiro, PIXOTE follows the eponymous preteen runaway (the heartbreaking Fernando Ramos da Silva, whose own too-short life tragically mirrored that of his character) as he escapes a nightmarish juvenile detention center only to descend into a life of increasingly violent crime alongside a makeshift family of fellow outcasts. Balancing its shocking brutality with moments of tenderness, this stunning journey through Brazil’s underworld is an unforgettable cry from the lower depths that has influenced multiple generations of filmmakers, including Spike Lee, Harmony Korine, and the Safdie brothers.