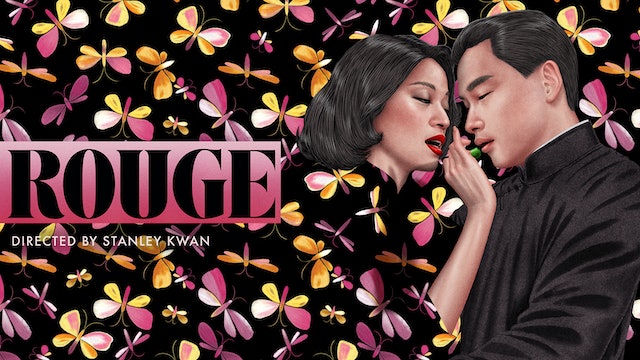 Cantopop superstars Anita Mui and Leslie Cheung display the androgynous magnetism that made them icons as doomed lovers in this emblematic film of Hong Kong’s Second New Wave, directed by pioneering queer melodrama master Stanley Kwan. ROUGE bridges past and present in its tragic romance between a humble courtesan and the wayward scion of a wealthy family, who embrace death by suicide pact amid the opulent teahouses of 1930s Hong Kong. Fifty years later, she returns to the city-state to find him, drawing a young contemporary couple (Alex Man and Emily Chu) into her quest to rekindle a passion that may be as illusory as time itself. With its lush mise-en-scène and transcendently melancholy mood, this sensuous ghost story is an exquisite, enduringly resonant elegy for both lost love and vanishing history.