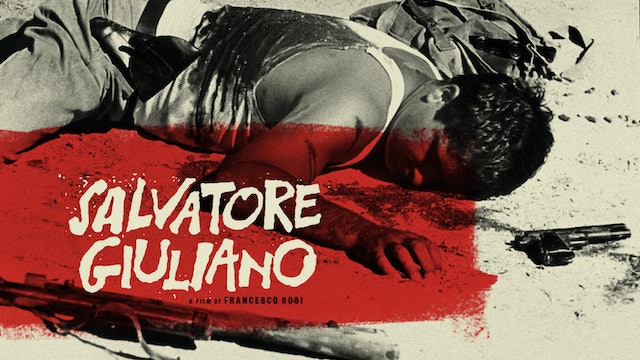 July 5, 1950—Sicilian bandit Salvatore Giuliano’s bullet-riddled corpse is found facedown in a courtyard in Castelvetrano, a handgun and rifle by his side. Local and international press descend upon the scene, hoping to crack open the true story behind the death of this young man, who, at the age of twenty-seven, had already become Italy’s most wanted criminal and celebrated hero. Filming in the exact locations and enlisting a cast of native Sicilians once impacted by the real Giuliano, director Francesco Rosi harnessed the facts and myths surrounding the true story of the bandit’s death to create a startling exposé of Sicily and the tangled relations between its citizens, the Mafia, and government officials. A groundbreaking work of political filmmaking, Salvatore Giuliano established Rosi’s reputation and assured his place in cinema history.