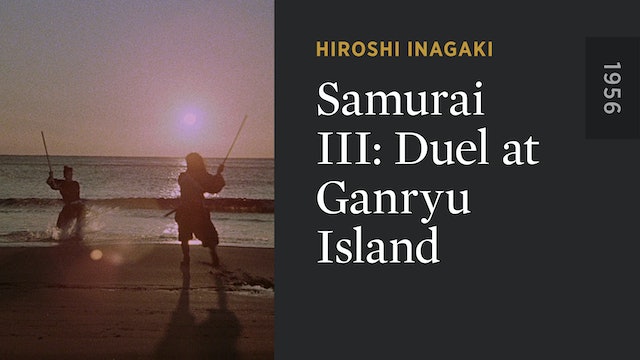 A disillusioned Musashi Miyamoto (Toshiro Mifune) has turned his back on the samurai life, becoming a farmer in a remote village, while his nemesis Kojiro (Koji Tsuruta) now works for the shogun. Circumstances bring them back together for one final face-off. Though it’s marked by a memorably intense final battle sequence, the rousing conclusion to the Samurai Trilogy is engaged with matters of the heart as well, as Miyamoto must ask himself what it is that makes a warrior and a man. 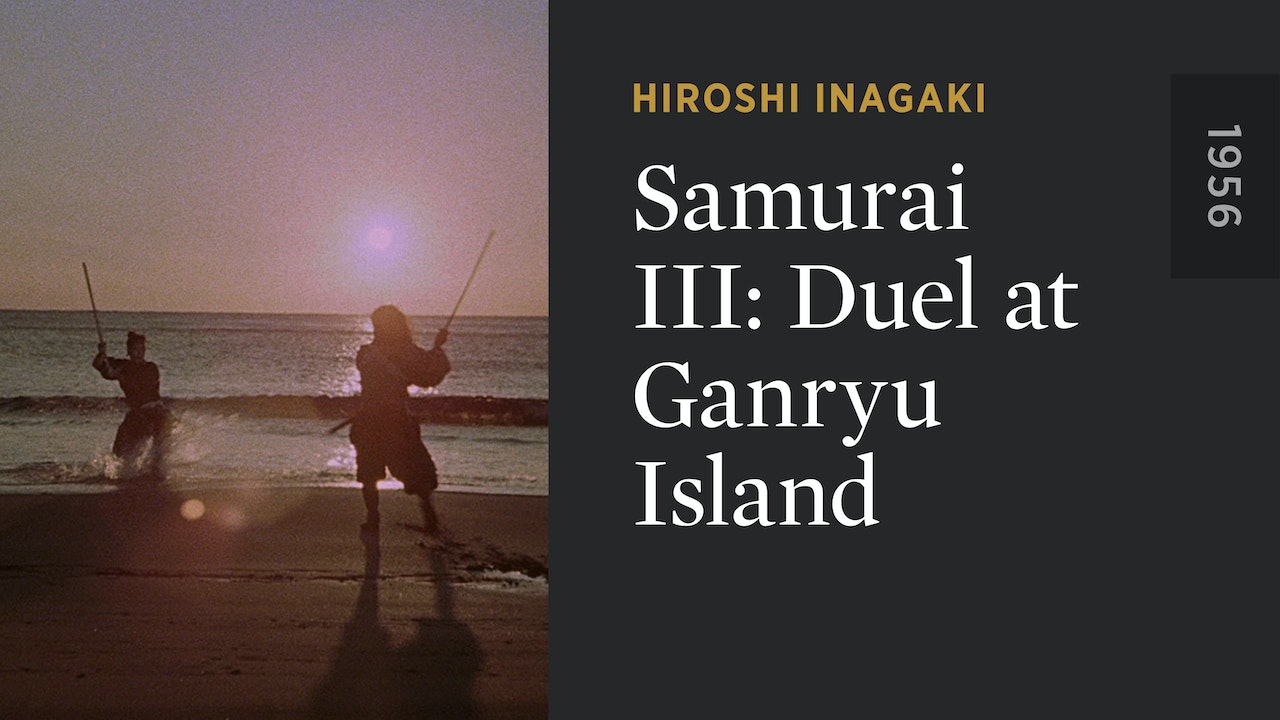