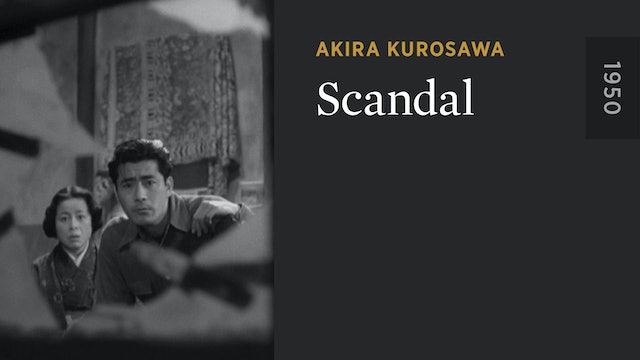 A handsome, suave Toshiro Mifune lights up the screen as painter Ichiro, whose circumstantial meeting with a famous singer (Yoshiko Yamaguchi) is twisted by the tabloid press into a torrid affair. Ichiro files a lawsuit against the seedy gossip magazine, but his lawyer, Hiruta (Kurosawa stalwart Takashi Shimura), is playing both sides. A portrait of cultural moral decline, Scandal is also a compelling courtroom drama and a moving tale of human redemption. 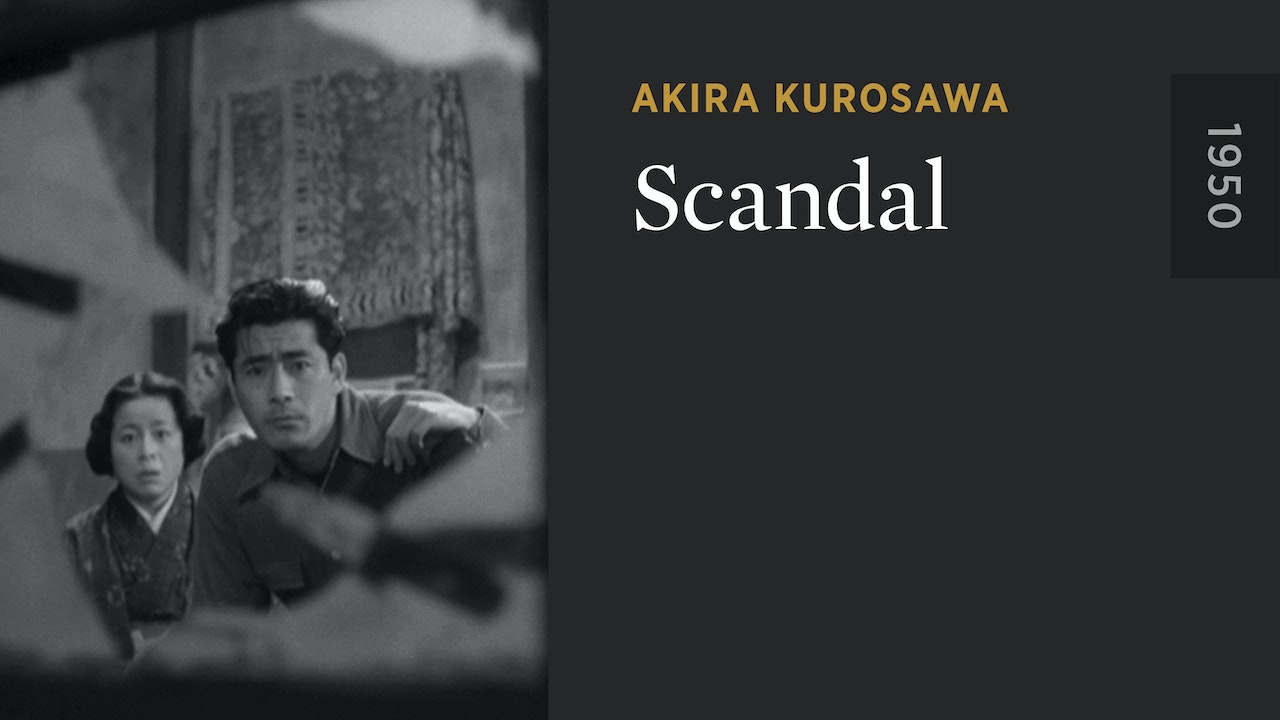