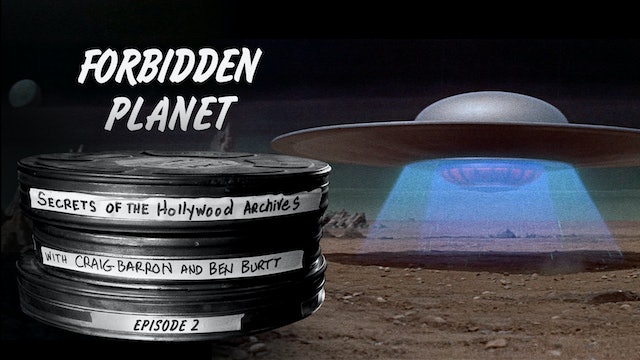 One of the most influential science-fiction films of the 1950s, FORBIDDEN PLANET shaped the evolution of the genre for decades to come with its groundbreaking production design, special effects, and electronic score. In this edition of Secrets of the Hollywood Archives, Oscar-winning visual-effects artist Craig Barron and sound designer Ben Burtt pull back the curtain to reveal the movie magic behind what they describe as the most iconic spaceship-landing scene in film history.